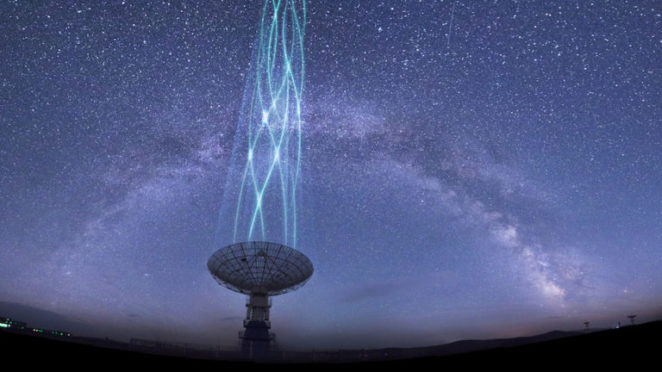 Scientists say they are unable to test the waves. These waves received on the telescope are FRB, Fast Radio Burst. These are waves that arise for a short period of time, and in general, they are believed to come from the other end of the universe.

Experts are also in the dark about how FBR waves actually originate, which is considered the mysterious message of the universe.So far, 60 FRBs of this type have been detected that give a one-time signal, while two signals were the ones that came up again and again.