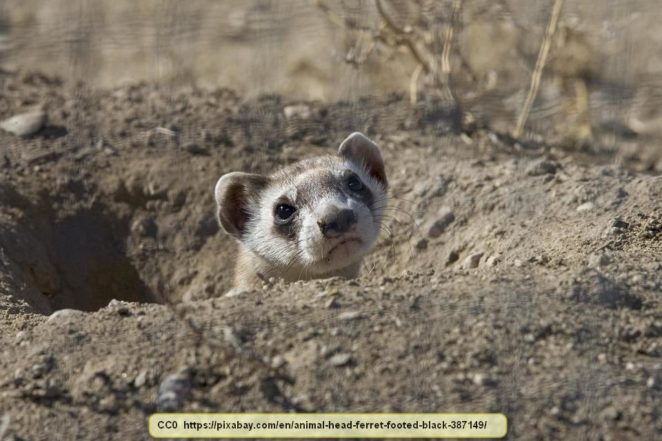 There are quite a number of creatures that are pests to mankind. Every year, millions of dollars are spent in efforts to exterminate the pests. At times, no consideration at all is given to creatures that rely on those same pests for food. The importance of the relationship between predator and prey is often ignored, with horrifying results.

As an example, for many decades, prairie dogs were despised in the western US. These are ground squirrels that create colonies or ‘towns’ that can number in the hundreds, thousands, or even millions. A network of interconnecting tunnels is dug underground with numerous entrances. Prairie dogs can eat a lot of crops, but through much of their range, where crops are normally not grown, that isn’t the greatest problem.

Horses are still used for transportation in a lot of the area that is occupied by prairie dogs. If a horse steps in a prairie dog hole, it can break a leg. The same thing can happen to cattle and other large animals.

This made the prairie dogs pests to mankind and extermination programs were initiated, including poisoning and trapping. Millions of prairie dogs were killed over their entire range. The efforts were to destroy a single troublesome rodent pest. There’s nothing wrong with that, right?

Few people gave much consideration to the fact that the prairie dogs were on the bottom of the food chain and many animals preyed on them. Killing these squirrels, particularly through the use of poisons, was also killing the predators, either through starvation or because the predators were eating poisoned squirrels. 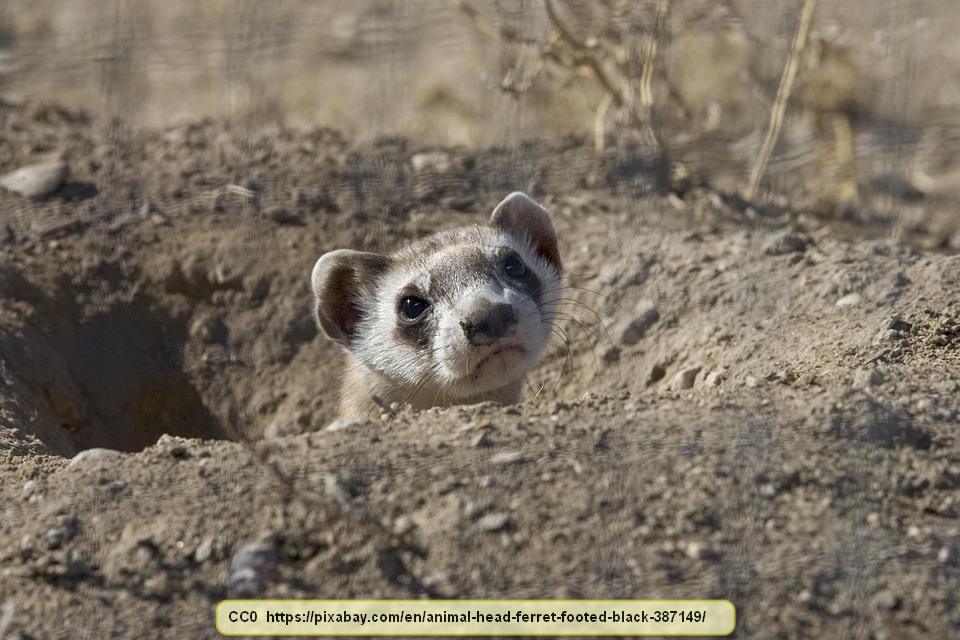 Through programs such as captive breeding and reintroduction, efforts were undertaken to build the population of ferrets back to stable numbers. Since that wouldn’t work if the ferrets didn’t have a food supply to support them, other programs were initiated to ‘save’ the prairie dogs. Taking the lead in the latter were area ranchers and farmers, the same group that had formerly waged war on the squirrels. To date, it has cost far more money, time, and resources to help the two species than the total amount that was spent to kill off the prairie dogs.

The programs worked. Today, the population of prairie dogs has rebounded. That isn’t hard to imagine since rodents are known for breeding rapidly. The population of black-footed ferrets is also recovering, at a substantially slower rate. Neither population is even close to their original numbers, nor do they occupy all of their original range, but the future prospects are good and neither animal is at risk of short-term extinction anymore.

Naturally, there was never a goal to kill the ferrets or other creatures that relied on the prairie dogs for food. However, the short-sighted goal was to kill the prairie dogs, without any thought at all to how they were important. The black-footed ferrets were only one species that preyed on the squirrels, too. There is little doubt that hawks, eagles, coyotes, rattlesnakes, bobcats, and other animals that ate the squirrels were also negatively impacted.

This is something that has been repeated many times, whenever efforts are made to remove one species of ‘pest’ without regard to the animals that rely on that problem animal in one way or the other. It seems that humans still haven’t fully grasped the concept of the web of life. Each animal is important to all other animals in ways we can’t begin to imagine, as well as a few ways that we can, if we at least give it some thought and consideration.

The importance of the relationship between predators and prey is seldom stressed, but it should be.