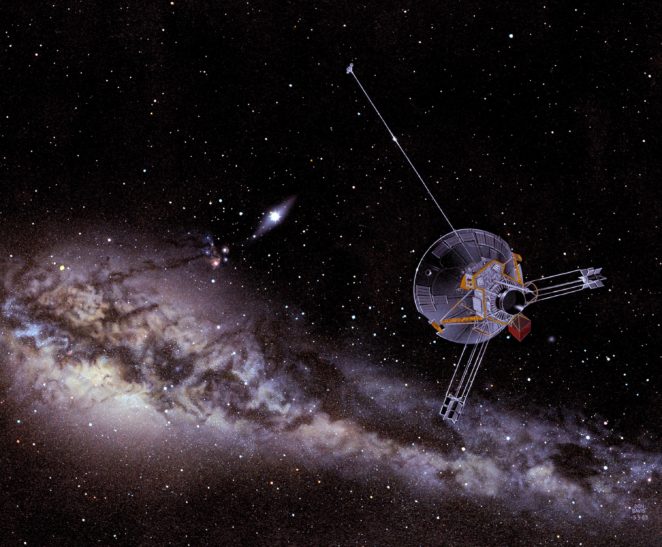 On 2nd March 1972 Pioneer X was launched from Cape Canaveral in Florida, on a mission to Jupiter and beyond. It was the first outer-planetary probe, the earlier Pioneer missions having been aimed mainly at measuring the solar wind.

Pioneer X travelled 620 million miles in 21 months, at an average speed of 44,000 miles an hour. On 3rd December 1973 it was able to send back the first close-up images ever seen of Jupiter, before heading further afield.

On 13 June 1983 Pioneer X passed Neptune and its course then took it out of the Solar System altogether, with its mission regarded as being complete by 1997, although signals were still being received up until January 2003, more than 30 years after its launch. 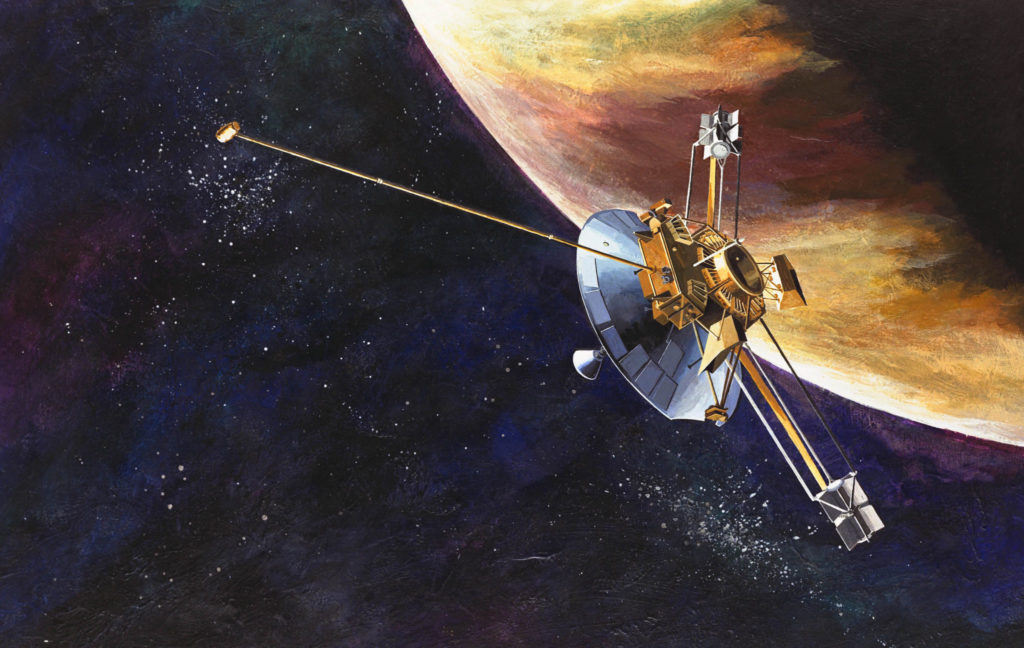 Pioneer X was the most distant man-made object from the Sun until 17th February 1997, when this honour was usurped by Voyager I, launched in 1977.

It was always anticipated that Pioneer X would keep heading out into deep space, with the possibility that – at a time far into the future –it might enter another solar system and be found by an intelligent life-form. For that reason, a plaque was attached to the craft that would tell any finder of it where it had come from and what sort of creatures had sent it. These include coordinates and a diagram of our Solar System, plus images of male and females pecimens of Homo sapiens. 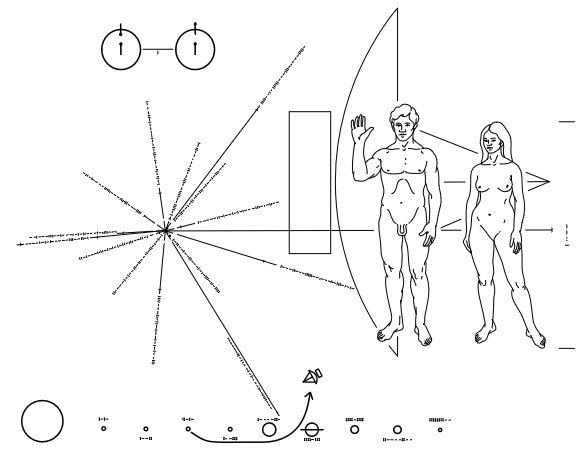 A similar plaque was attached to Pioneer XI, which was launched in April 1973 and flew past Jupiter and Saturn before also heading into deep space.

The two Voyager missions, launched in 1977, have also left the Solar System, and the New Horizons probe that was launched in 2006 and is still on course for the Kuiper Belt beyond Pluto, will also do so.

Pioneer X is heading in the direction of 10-Tau, a star in the Taurus constellation that is about 45 light years from Earth. However, even if the plaque does get to be seen by an alien intelligence, this will not happen for at least another 36,000 years!

(All images supplied and released by NASA)