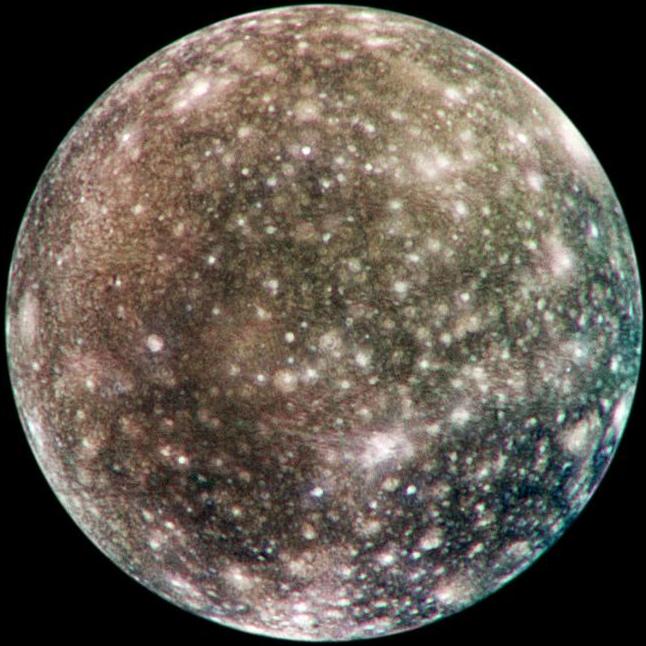 Callisto is the outermost of Jupiter’s four “Galilean moons”– so called because they were first seen in 1610 by Galileo.

Callisto is the second largest of the four, having a diameter of 4800 kilometres (3000 miles), which makes it appreciably larger than our own Moon (3500 kilometres, 2200 miles) and about the same size as the planet Mercury. It orbits Jupiter at a distance of about 1.2 million miles and takes nearly 17 days to complete one orbit.

Callisto is different from its inner neighbours in that it has a dark surface that is scarred by a multitude of craters. It has not been subject to gravitational tides in the way that Io, Europa and Ganymede have, and the interior does not appear to be separated into distinct layers – although it is possible that there is a saltwater ocean deep beneath the surface. The bulk of Callisto appears to be a mixture of rock and ice. 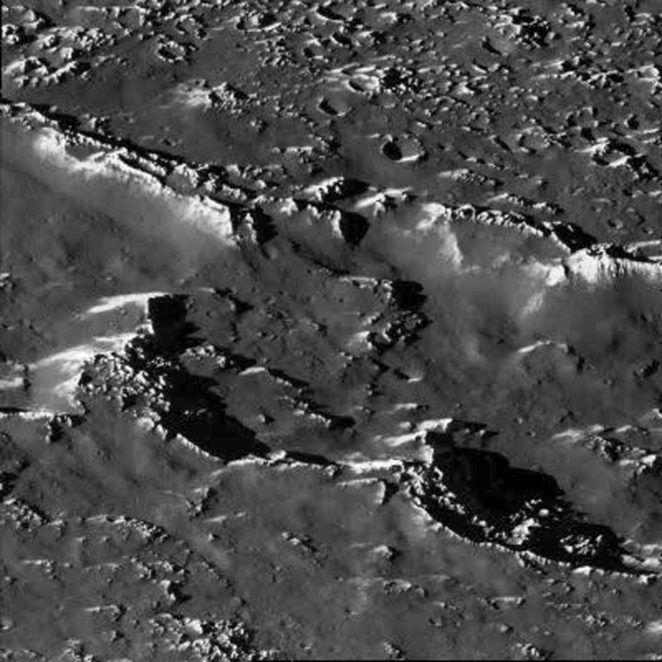 (The surface of Callisto. NASA image)

The surface has not therefore been reshaped, and the moon has had a constant bombardment from meteorites that have formed impact craters that have remained as they were ever since they were created.

Particles from the solar wind have caused chemical reactions that have darkened the surface. There has also been weak radiation that has led ice to sublimate (i.e. turn directly from solid to gaseous form) and then refreeze on the crater walls, weathering them into jagged peaks.

There is also evidence that Callisto has a very thin atmosphere of carbon dioxide.

In Greek mythology, Callisto was a nymph who was seduced by Zeus (Jupiter) and later transformed into a bear by Hera. She can now be seen in the night sky as the Great Bear constellation.