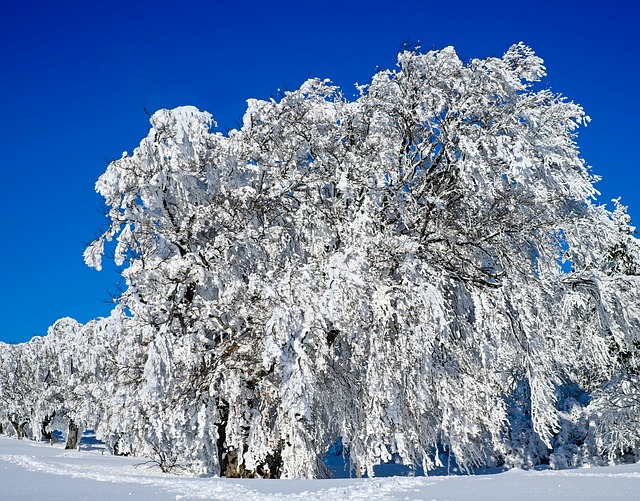 I live in Belgium, Europe. At this moment that I am writing you this letter, it is 2,9°C outdoors. Moreover, it is morning here, so the temperatures are likely to rise during the course of the day. 2,9 °C is a normal temperature for the time of years in this neck of the woods. Last week, we even had 10 °C. That would be mild for this time of year in mid-winter.

As a matter of fact, it must have been about 30 years ago since we last had really cold temperatures in the beginning of January. The coldest I am able to recall would be the -18 °C I read from an outside thermometer while I was waiting on a tram in my hometown Antwerp. Since then, winters have never been that cold again.

I guess that global warming at my end of the Atlantic Ocean really will bring higher temperatures in the long run. It will also make the sea levels rise. Luckily, I do not live in an area that is prone to flooding. However, I would be concerned if I would be living near the seaside. We do have dikes and embankments to protect us, but the question remains. How long will those suffice?

Over the last weeks, I have been watching a lot of CNN and other foreign newsbroadcasters. I feel enclined to do so, because nowadays it seems that our local broadcasters often do not report on what is happening abroad in a somewhat satisfactory way. Let’s say, that they more and more restrict the news to what is happening around the, in my country, proverbial ‘church tower’. I am aware of the fact that this is not an American or English proverb, but I hope that readers will catch my drift!

Now I am aware oft he fact that the winter in America is cold and mostly colder than in Europe for that matter. Nevertheless, watching the weather forecast for the US and parts of Canada made me instantly shiver. Temperatures of -10 °C to -18 °C, those I can relate too. Those temperatures mean that you have to bundle up, wear snow boots, 3 sweaters instead of 1 or 2, your thickest winter coat and a hat and scarf to properly cover your face. That way, you are good to go out.

The latest forecasts go as far as -40 °C and in some regions as far as -70 °C. For me, those temperatures are far beyond my imagination. In my view, these are polar conditions. Of course, the North Pole has not shifted, its temperatures have. Polar bears are too hot and do not recognize their habitat. Gletschers are melting rapidly. Observing these phenomena, you cannot but conclude that climate change, due to global warming has become a fact. Overall the global average temperatures are climbing, causing different kinds of climate change in different parts of the world.

It is easy to confuse global warming and climate change. They are complex issues that cannot be covered in a 5-6 minute read. However, I do want to end on this note. One would expect the president of the United States to understand these scientifically proven phenomena. Sadly, this is not the case. After all, what can you expect from a politician against his own will, who was recently described by a standup comedian in my country as ‘an angry guinea pig, sitting on an orange chair’. Well, you must be able to derive from the description that the comedian meant Donald Trump.

That being said, the American landscapes nowadays largely resemble the backdrop of many disaster movies that we have watched in the past. Let’s face it: many people thought these kinds of scenarios would never become real. Now they have.

Please bundle up, stay as warm and safe as you can! At the same time, I would advise you to look in to all kinds of scientific information you can get on global warming and climate change. In the mean time: hang in there!

I hope my letter finds you well,

Kind and warm regards from Belgium,