Since about the 1970’s, the big topic has been global warming. Before that time, the big topic was global cooling. In both cases, several unsubstantiated claims were made, usually attributing the ‘huge’ change to man. Pre-1970, the culprit was aerosols, which were thought to somehow be causing the globe to cool down. After the 1970’s, the blame went to carbon dioxide emissions. What does the geological record show?

The geological record comes from rock core samples and when the general non-scientific public sees that record, they are often surprised. It is important to note that both in the case of global cooling and global warming, the advocates were and are focusing on trends, rather than climate. The geological record spans enough time that the actual patterns become far clearer. The above graph shows the temperatures over the past 500 million years according to the geological record. 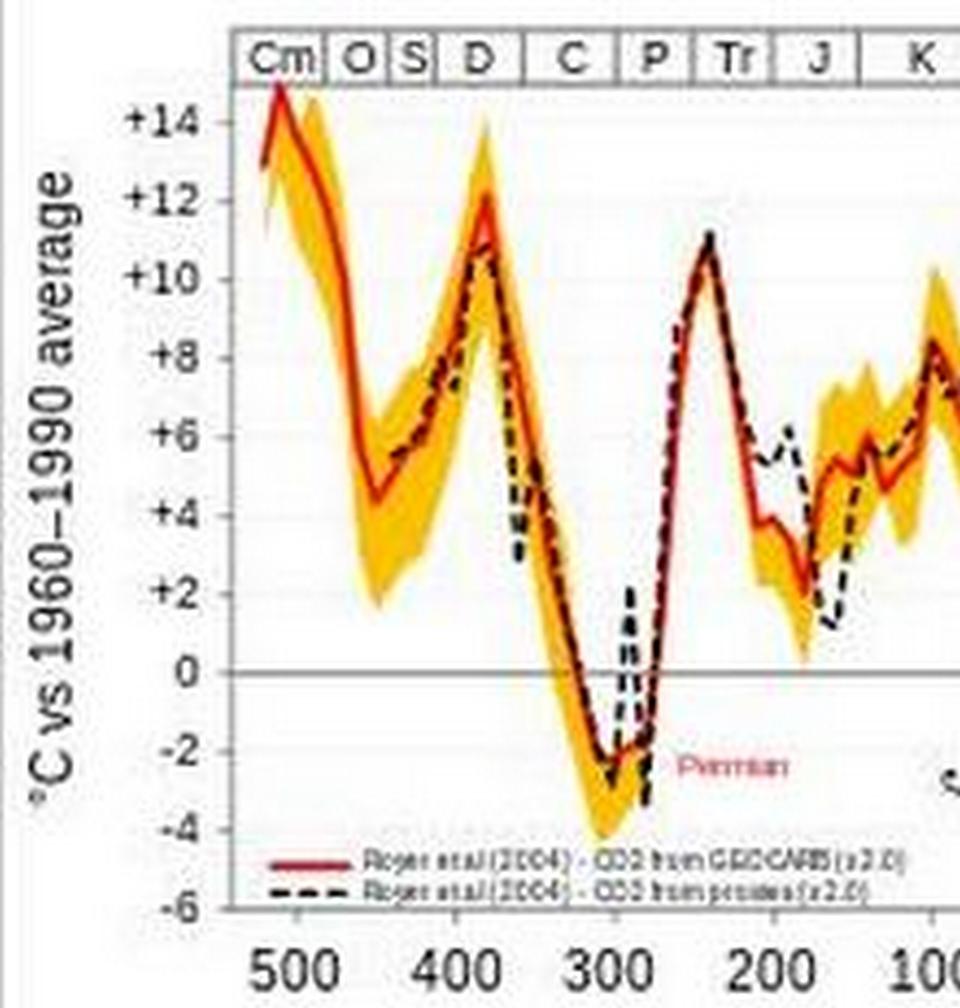 The numbers along the vertical side of the graph represent degrees in Celcius above and below 0. The 0 number represents the global average temperature from 1960 to 1990. This part of the graph covers a period of about 400 million years (the graph actually covers about 520 million years).

During this 400 million year span, there were two major mass extinctions. In neither case were the temperatures at the maximum cold or warm. 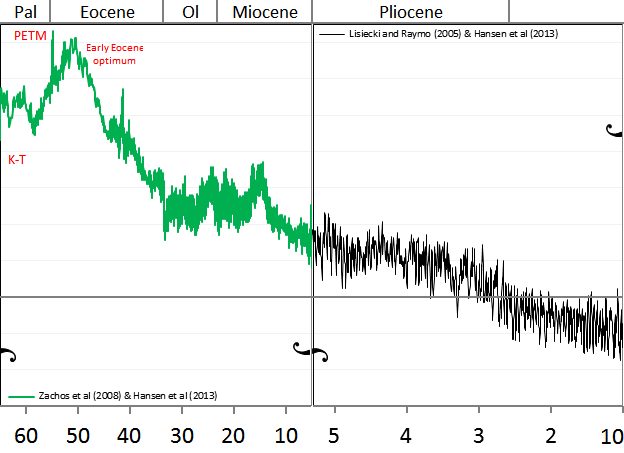 This part of the graph spans the time from 1 million to about 65 million years ago. What stands out in this part is that there was another peak of 14 C or about 27 F above the temperatures today, but it didn’t occur until over 10 million years after the mass extinction 65 million years ago, in which the dinosaurs perished.

Also, notice that the line starts going up and down rapidly much more in this section. This is mostly because the closer we get to the current time, the more accurate the geological record becomes. Still, it is easy to see that the global temperatures are trending downward since the peak temperatures around 48 million years ago. They became colder than they are today around 2.5 million years ago. 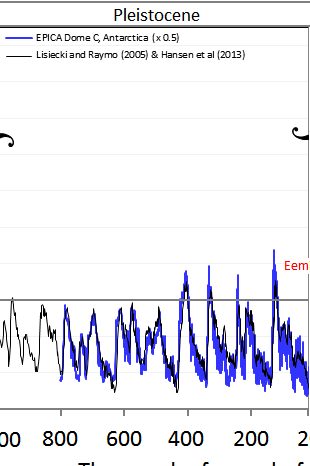 It is quite interesting that the coldest that temperatures got was only about 7 C below what they are today. The hottest periods of the 500 million years were twice this amount of temperature difference above today’s temperatures. Indeed, it is believed that a drop of only 5 C would be enough to trigger another ice age. 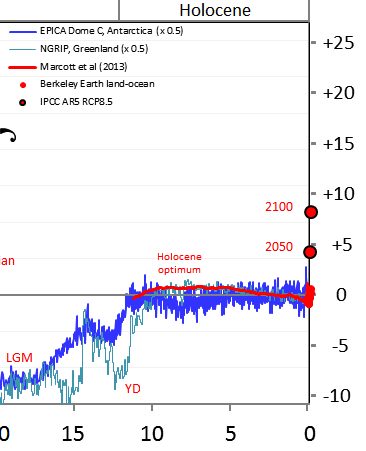 Of tremendous interest is that though there are fluctuations above and below today’s temperatures, the temperature has remained relatively constant for the last 11,000 years, despite the presence of man and the technological advances that occurred over that period of time.

The three-tenths of a degree increase in temperatures that have been recorded over the past century is well within the amount of fluctuation there has been for 11,000 years. Looking at the past 11,000 years, in fact, it is easy to see that there is no basis to say whether there is a tremendous warming or cooling going on. We simply don’t have the knowledge to say if this is anything out of the ordinary. What’s more, if you average the temperatures over the past 500 million years, you’ll find that we are actually about 16 degrees F or 8 degrees C below the average temperature over that period of time.

People tend not to look at things over the long term. When we do, it puts things in amazing perspective.

The credits Glen gave for the graph, based on 14 scientific reports, are found here.