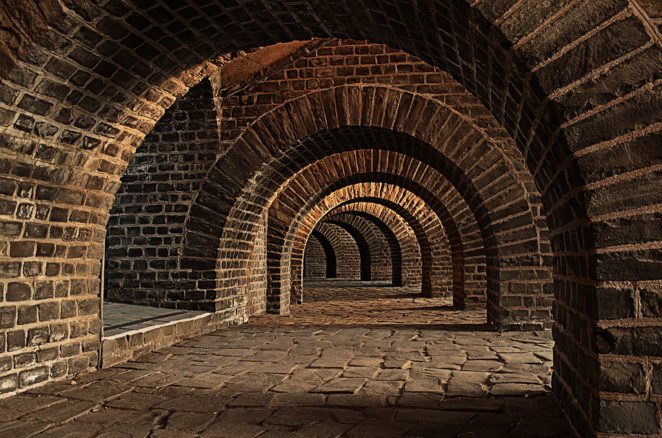 The cellar was at the side of a large house. There was a broken tree nearby, broken by human hands and not by the wind or the rain, but there were no notices, no signposts, no pointers to a place of interest. He was not commercial. At the bottom of some damaged steps was a door letting out no light, standing like a door opening on to nowhere.

“Hello,” said Kell, staring into what seemed to me to be an abyss or deep void.

A medium-sized man dressed conventionally, of a rather heavy build, his eyes sunk, his forehead made large by premature balding, said, “Even though I know you, can’t you give me notice when you want to come?”

Kell was obviously used to this sort of thing. It made no impression on him whatsoever. “I’ve brought you a novice,” he said, brushing past the owner without bothering to apologise.

The cellar was lit by four lamps, four, very strong lamps, shining from opposite corners of the room and meeting in a brilliant effusion of light in the centre. The cellar was large, perhaps as large as an average-sized church hall but there the resemblance ended, for this cellar or hall contained no pictures of saints but instead models of scientific contraptions, immediately recognisable as the components (although on a very small scale) of fast-breeder reactors, and on the walls were maps and charts, many of them eulogising scientific progress, many of them depicting small areas of very beautiful countryside upon which were superimposed the massive scientific systems of men. 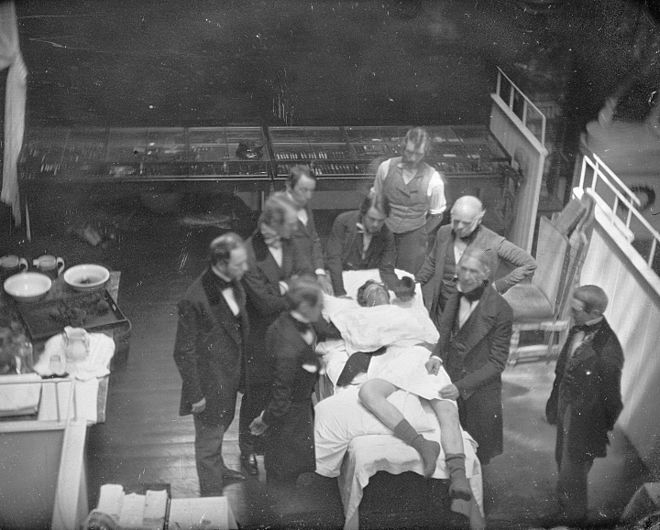 Along one wall were hosts of newspaper articles, cut up as carefully as a creative child might cut up silver paper in order to make beautiful stars or other such celestial shapes, but when I began to read these articles, so closely joined to one another that anyone’s eyes read them as one complete article, I became aware of a savage irony, for although each piece explicitly condoned scientific advancement and a nuclear future, the arguments forwarded for optimism from one paragraph to the next seemed relatively meaningless, if only because every writer in answering one fear exposed another which necessitated answering, or, in answering one fear, was contradicted by a succeeding statement from a different, highly esteemed writer. And turning to the owner of the cellar I asked him how this had come about. To which he replied that he had stimulated the articles through a variety of different methods, mainly letter-writing under pseudonyms, and had so worded his questions and so developed his ideas that he could not fail to collect such a motley series of contradictions and absurdities.

“And how long did this take you?” I asked, waving my hand not only at the wall-chart of piecemeal articles but also at bizarre models which I now saw contained, in miniature, built into their super-structures, thousands of diseased and radio-active limbs, five score times five score and more of violent, dehumanised police completely encapsulated in vicious metal bars that yet resembled space-suits. “How long?”

But the owner of the cellar didn’t answer.

After Kell and I had looked round the cellar for perhaps half an hour, we were surprised (or more appropriately I was surprised for it must be remembered that Kell had been here more than just once), I was surprised to see, between a huge stack of dirty books and a model of a weeping Madonna-like figure, a further door. We went through this and descended some three flights of stairs, about thirty in all. 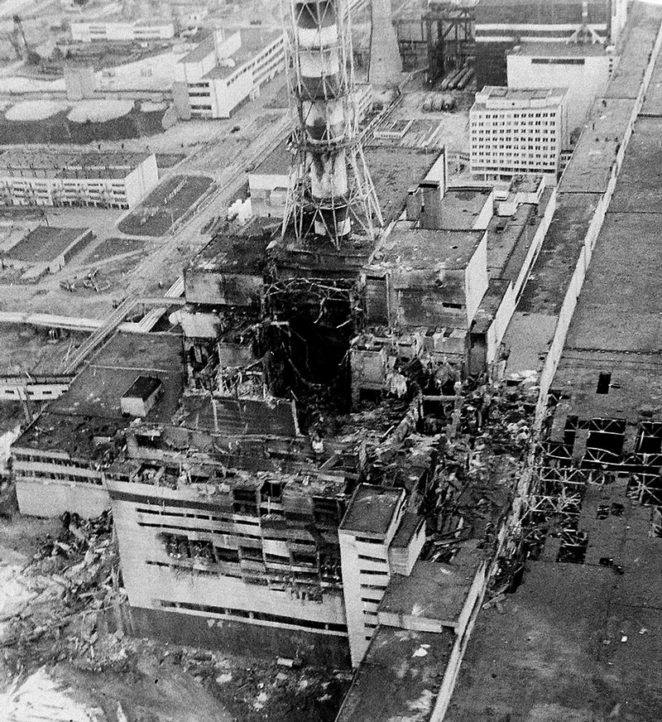 We were now in a very dark room but brilliantly lit like the one above, yet smelling rotten as if a hidden corpse were somewhere permeating the air with the perpetual, sickly, overwhelming smell of death. I gagged. The room had hundreds of representations of cancer victims. A ship resembling the Torry Canyon, though far larger, was smashed up against fake rocks, yet the pollutant was not oil but a substance which had laid low all marine life – for huge, barely recognisable whales, as purple as nightshade-berries, rocked in strange, ether seas, and a replica of young Wordsworth (under the ocean though preserved in a huge jar) could be seen vomiting the characteristic yellow pus that some cancer-victims vomit in their final struggles with the illness. 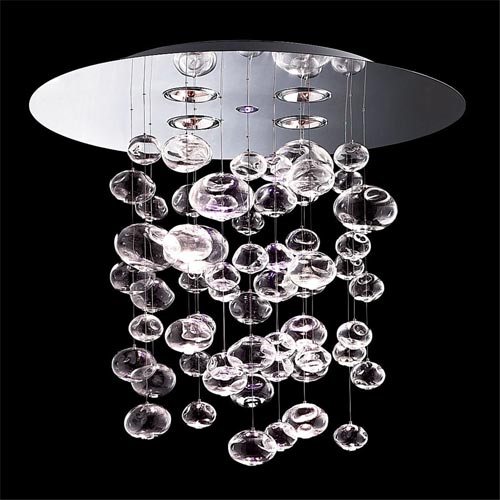 The grotesque cellar seemed built to mock man’s endlessly creative intelligence. Ghosts in white coats like the coats of scientists and doctors were strung up from the ceiling, and a child, not yet out of the womb, was being given radiotherapy.

But worse still were the photos of people violently battoning other people against a backcloth of Oxford Street’s finest shops with restaurants almost brushing the persecuted and the persecuting. Harrods, resembling a gourmet’s bloated face, spewed over all.

As I moved through the cellar with Kell, holding a handkerchief to my nose and mouth, I suddenly realised that at every step light was dying behind us (for the cellar had narrowed into a tunnel), swishing out, creating an involuntary sense of blindness. I realised a great amount of courage would be needed to retrace our steps, to go back the way we had come, to witness what we no longer wished to witness. And although it is easy for me to rationalise, now as I write up this account of my descent into that cellar, here, in my well-lit room, with my familiar books around me, with my wife cooking me a splendid meal, and our two cherubic children quarrelling half seriously, half playfully, on the carpet near my feet, how difficult it then was to say, “How easy it will be to turn back.” How oppressed I felt, so bewildered that no going back seemed possible. I wished not to see what I had seen, visions and details created by, proceeding from, the distorted, anti-social mind of that damned cellar owner, an evil genius if genius he had.

With a sense of increasing trepidation, I walked on, Kell by my side, yet there was nothing more to see, and I knew I was walking up. The stench stopped, I stopped using my handkerchief, and a few more steps brought us out into the open air, the open sky without clouds, and the brilliant moon, glorifying the wind-fresh heights and verdurous earth of that lake district.

The owner of the cellar had disappeared with the stench, and had gone back to rot in his hell-like lair.

At last I managed to ask a relevant question, “Was it fake or was it real?”

“Nobody knows,” Kell replied. “Nobody. All his family are dead. That’s for sure.”

Moths were still afloat, through the moon-spangled hedges, flowers and trees, and moonlit, warm night, with all its lingering perfumes, lingering beyond memory’s horror like smoke after every candle has been snuffed. 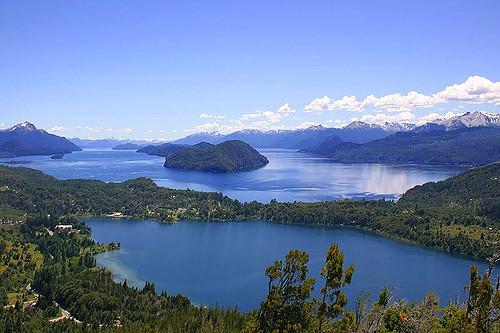