During a period of extreme drought, Atascadero Lake had completely dried up. When rains returned, they finally filled it. In January 2017 I went to see the lake which was once again full. I arrived at the lake about 3 PM. I wanted to walk around the island. The drought had completely dried up the channel that went around it. Here is a photo of the channel when it was completely dry during the drought. The last photos of the full lake provide the best comparison to this one of the dry channel between the lake’s edge and the island. It was taken in September 2014. 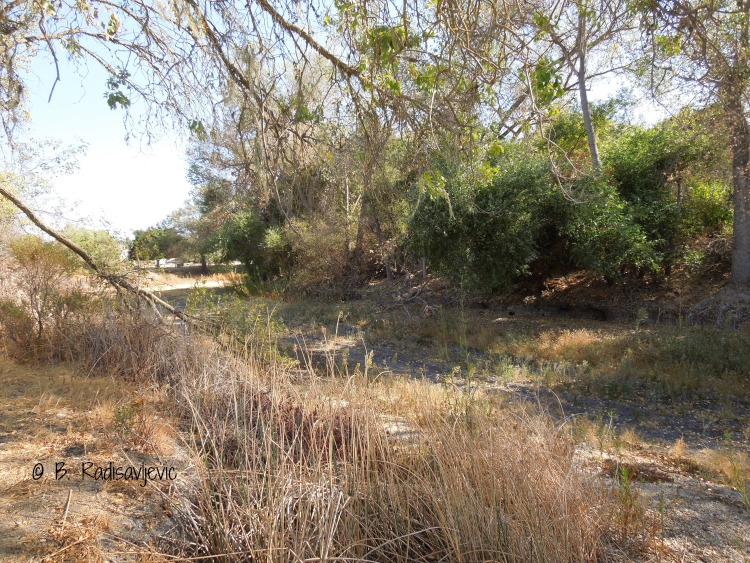 When the water had returned so had the waterfowl. My camera captured the two coots in the header photo on a floating log. I love the way they and the trees on the island behind them leave their reflections in the water.

Below is a closer look. 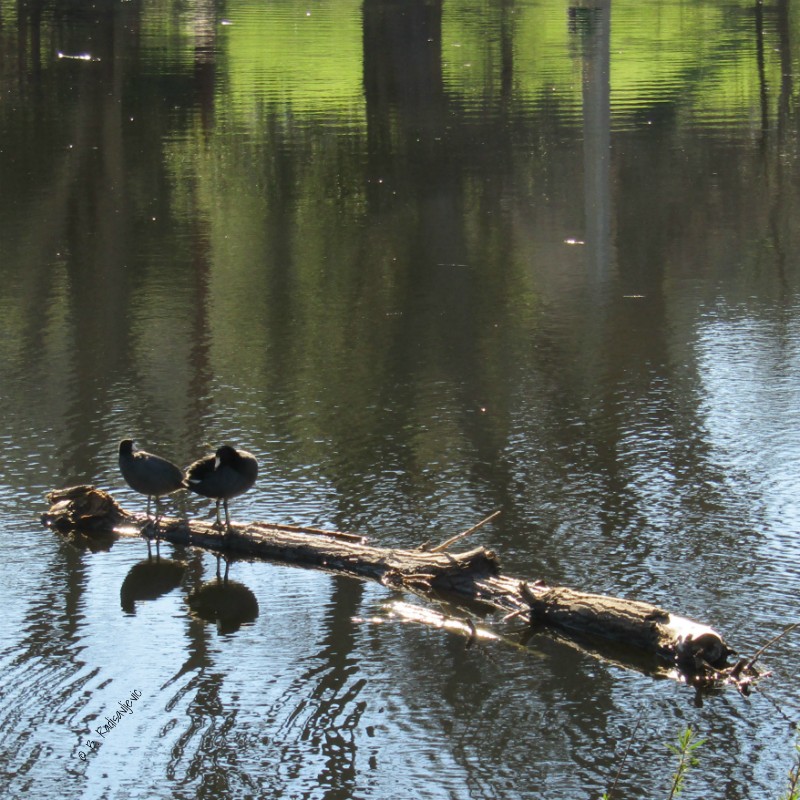 Coots Swimming in the Lake

Coots were definitely in the majority among the waterfowl. I did see a pair of ducks and a few geese, but the coots had them outnumbered. 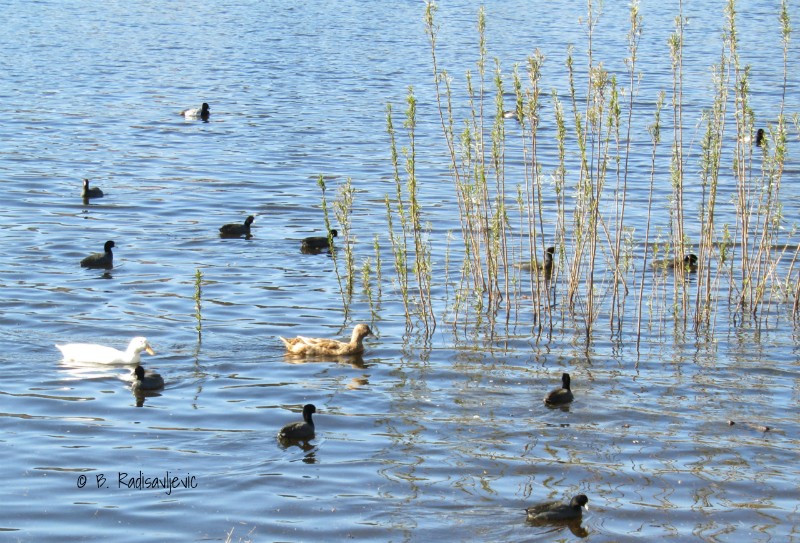 I followed the coots below until I could photograph them clear of the water plants they were swimming through. 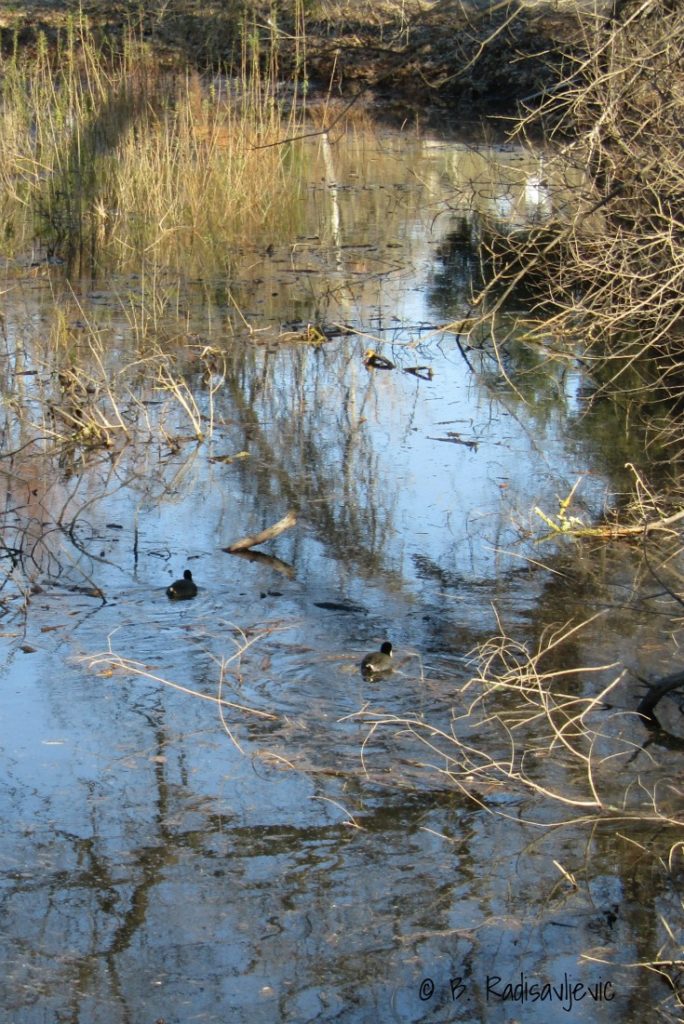 In the photo above, it’s hard to tell the reflections from the actual plants. The reflections are mostly of the branches hanging above the lake. The next photo has no birds, but does show some interesting reflections of the trees on the island when the lake was full. 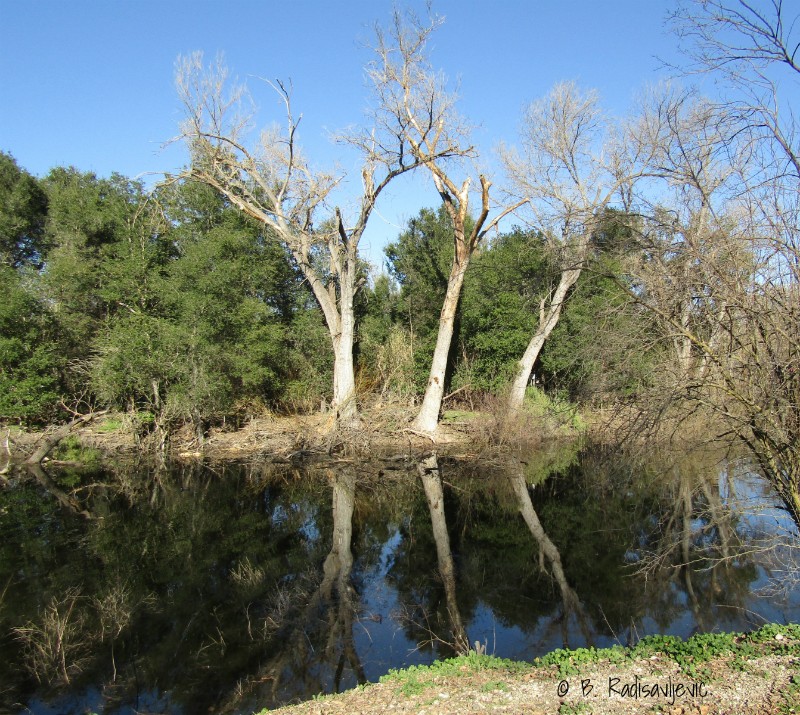 What do you think of the contrast between the dry lake and the full lake? Which photo did you like best?

All the photos above are my original work, © B. Radisavljevic, and may not be used elsewhere without my written permission.