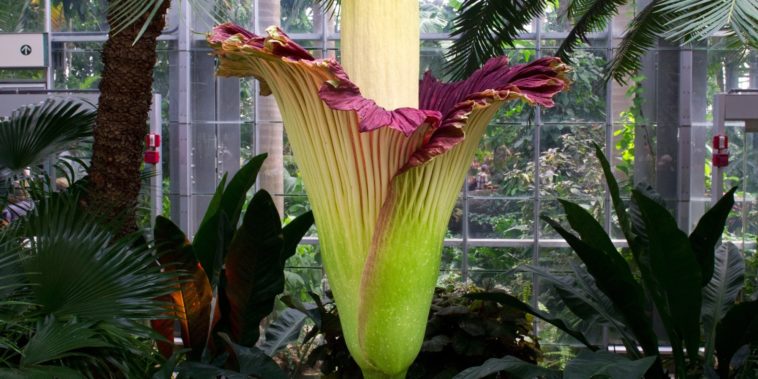 Roses are red. Violets are blue. Amorphophallus titanum is stinky too. This flower, commonly known as Corpse flower is the least desired flower to smell. As it’s name says, it emits terrible odor that reminds of rotten corpse. This is not an ordinary flower you would like to have in your garden. 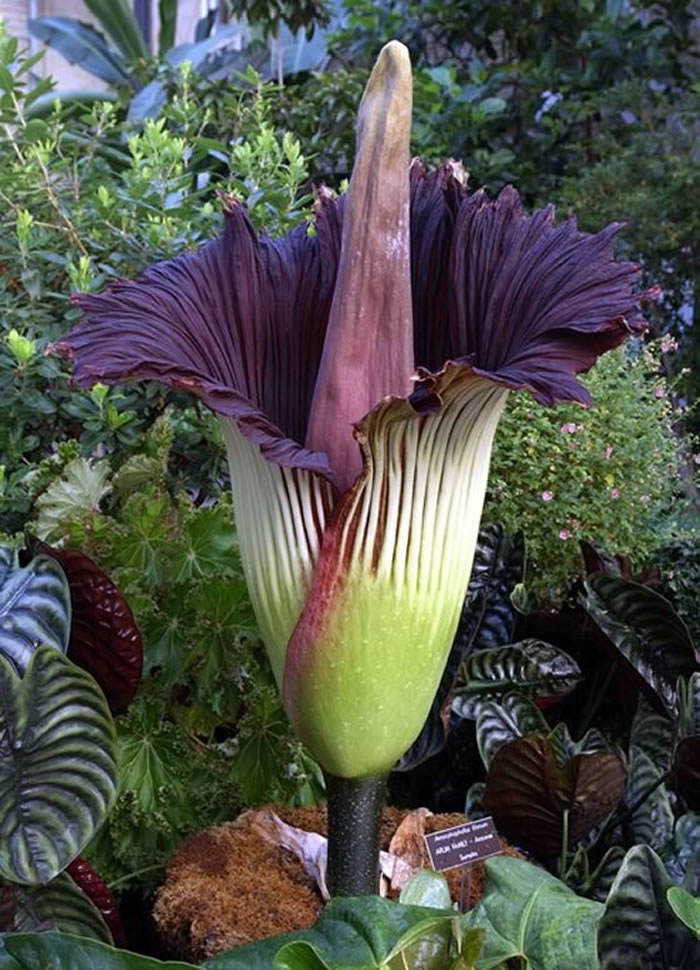 Why does it smell horrific?

As the flower gradually opens,it releases powerful smell in order  to attract pollinators, insects which feed on dead animals or lay their eggs in rotting meat. This smell fouls insects to lay eggs in it , and with that it gets pollinated. The foul perfume comes from different molecules that smell very bad together. The strength of the odor gradually increases from late evening until the middle of the night, when carrion beetles and flesh flies are active as pollinators, then tapers off towards morning. The  flower ideally lives in high heat and humidity. 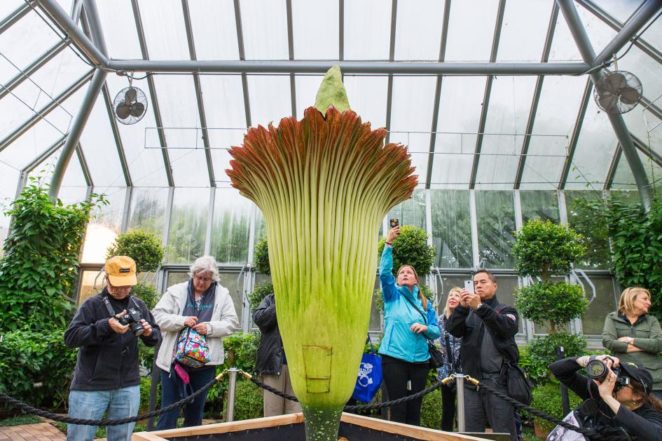 You can find it across western Sumatra, where it grows in openings in rain forests on limestone hills. Some claims of appearance in Cabanatuan City, Philippines, have not yet been confirmed. However, this terrifying plant is cultivated by botanic gardens and private collectors around the world. Sounds like a pretty bad idea to have this monster lying around. It is enormous in size,as it can reach over 3 meters (10 ft) in height. 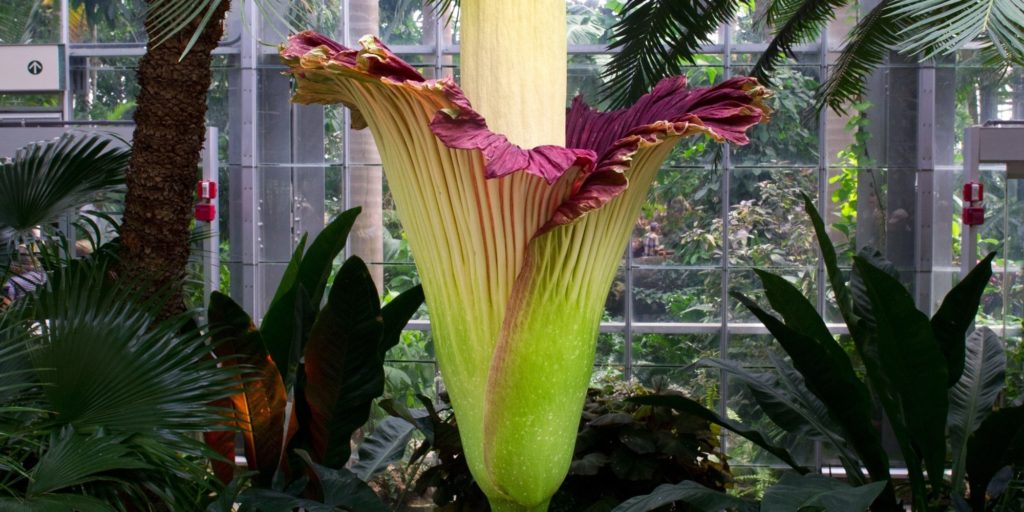 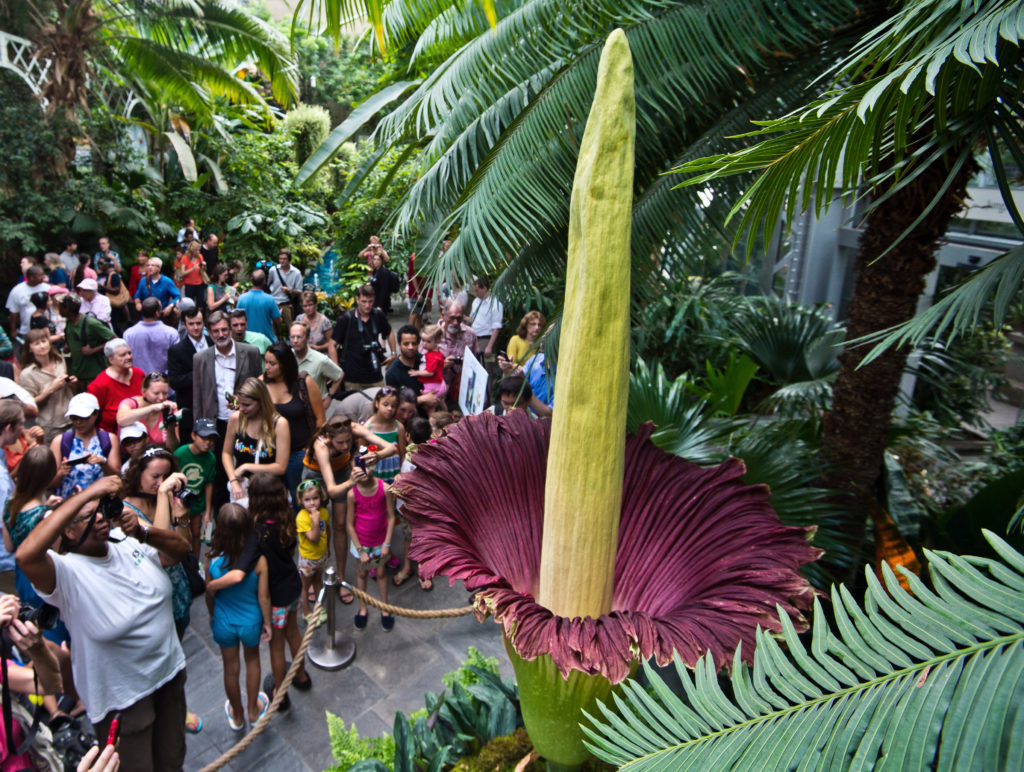