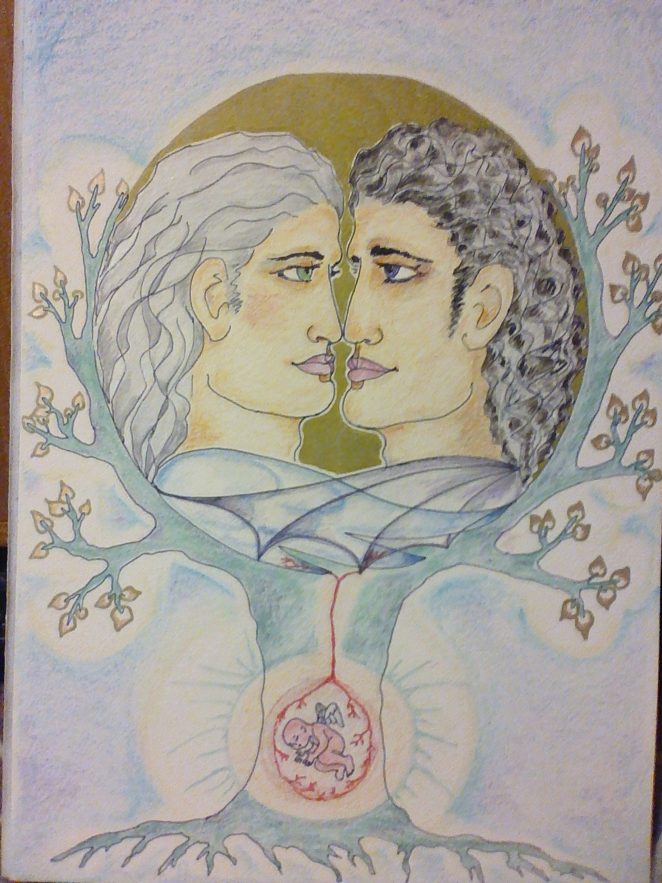 “The voice was a light tenor and the face disturbingly…beautiful. From the oval of the face two light-green eyes were watching him intently. A thin, straight nose and nicely curved pink lips completed the androgynous figure. The youth tilted his head and assessed the young man in front of him. Ryu was taller and had a strong bony structure, enhanced by the powerful translucent wings. His black hair was cropped short and the tiny golden droplets were sparkling in his deep-black eyes. The full lips were stretched into a teasing smile. He watched the stranger for a moment and then laughed.”

“The sparkling seed moved daringly along the warm, dark path; he was searching for that fertile spot where he could nest and bring out the light he was carrying. That sizzling moment when he dived in slightly altered the spin of the Galaxy. For a fraction of a second, Time halted and took a deep breath…”

(Miracles on another planet- a novel by Kate Mantis)