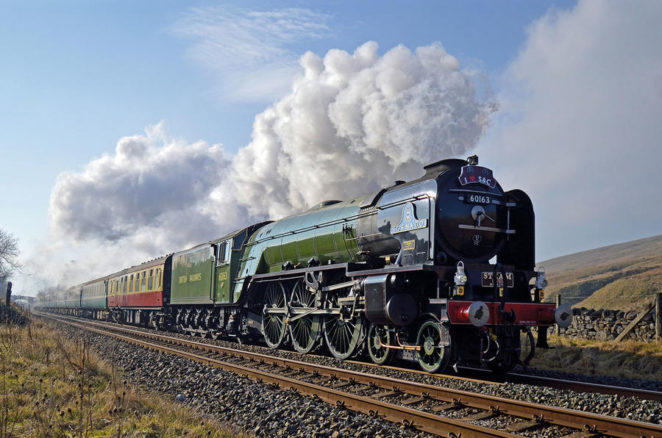 (This piece was written for the writing group – Hinckley Scribblers – to which I belong and which meets every week at a local library. The theme – chosen at random – was “Tornadoes twist and shout to the sound of music”. I have interpreted this theme in my own way, and thought that a factual piece followed by a short poem might fit the bill!

There were once 49 Peppercorn Pacific AI steam locomotives, designed by the last Chief Mechanical Engineer of the London and North Eastern Railway, whose name was Arthur Peppercorn. They were built at Doncaster and Darlington in 1948-9 and hauled express trains along the main East Coast line between Edinburgh and London’s Kings Cross. They proved to be not only cheap to run but exceptionally robust – indeed they were the most reliable class of express locomotive on the whole of the new British Railways network.

But the age of steam eventually came to an end and so did the Peppercorn AIs, with all 49 being scrapped in the 1960s, after an average working life of only 15 years. Although some other ex-LNER Pacifics were preserved, notably Flying Scotsman and Mallard, none of the Peppercorn AIs escaped the scrapyard, and that might have been the end of the story, were it not for an extraordinary venture, begun in 1994, to build a brand new Peppercorn loco from scratch.

The result, which emerged from the Darlington Works in 2008, was Tornado, a fully-operational mainline steam locomotive that was the first to be built in Britain since Evening Star in 1960. It is fully compliant with current safety standards and is licensed to run on the British Rail network, which it now does on a regular basis hauling “specials” mainly during the summer months.

The most scenic route that Tornado is allowed to run on is surely the Settle and Carlisle line. This route incorporates some of northern England’s most dramatic scenery, including long tunnels and high viaducts, all built by muscle power and the sacrifice of an army of railway navvies, few of whom would live past their forties, killed either by accident or their unhealthy alcohol-fuelled lifestyle.

The drama of the setting on the Settle and Carlisle is enhanced by the display of power shown by Tornado as the locomotive puffs its way up some of the steepest gradients in the country. 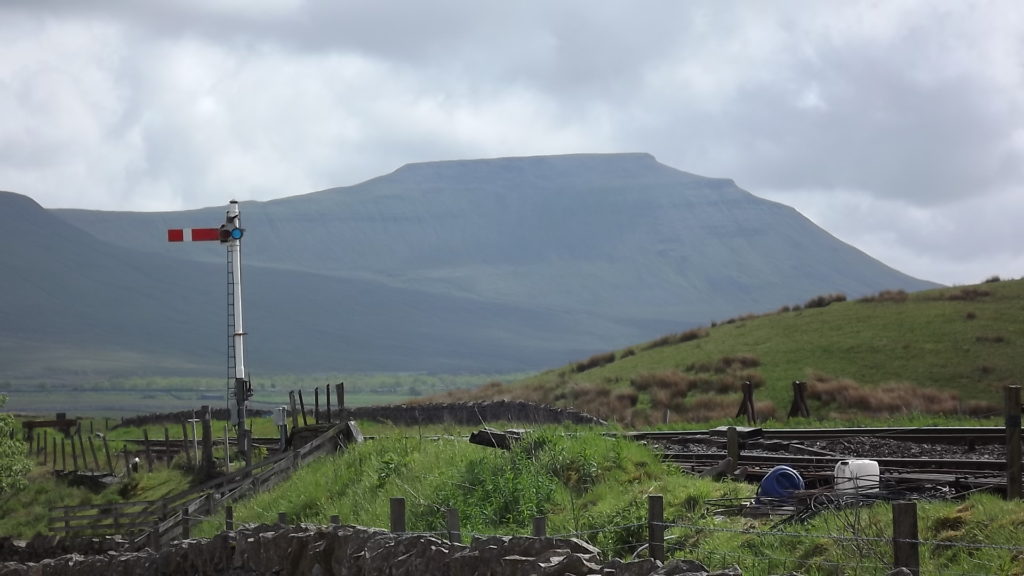 The boy who once watched Evening Star

Until its smoke had gone too far

Has never lost that childhood dream

And welcomes back the age of steam

A chance presents to see at last

He joins the crowd beside the line

A distant whistle tears the air

The rumbling rails tell all: “Prepare!”

Then comes the voice that none can doubt –

The shunt of steam, shout on shout

The pistons’ noise assails in waves

Powering on to climb the height

Affording all a fleeting sight

Of flashing, steaming black and green

A brief, to be remembered, scene

Rebound from hills and down the dales

A memory of yesteryear