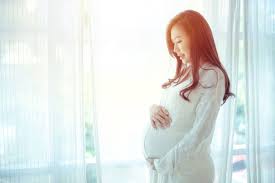 When Jaden was born, I was overwhelmed by a series of conflicting advice, ideas, and experiences about raising children. The doctor advised in this direction, the nurse pointed in one direction, the family pulled in another direction, and please stop talking about the Internet – were 100 mothers with milk, there were 101 different ideas. I felt extremely contradictory and frustrated. To the extent that at one point I felt like I was fighting the world to defend my view: “I have the right to do everything I want for my child!” But people say: “This is not When I show my ego, it’s not because of Chi anymore, but because of Jaden. ”Come to think of it, I realized that at the time of my birth, I had to overcome many psychological challenges: hormonal change. , emotional instability after birth, constant anxiety, lack of sleep often … All these issues make everything seem to be the smallest also makes me feel insecure and tired.

Gradually, I got used to being a mother. I remember, from the early days, I wasn’t bad. But like everyone first learning to be a mother, I fumbled, clumsy, timid, awkward. In the beginning, my mother and mother-in-law helped a lot, from feeding the baby, sleeping, changing diapers, bathing. At that time, I was still not confident to take care of my children alone.

Once during the first two weeks after birth, Jaden became ill and was hospitalized. So we went back to the same hospital just a few dozen days ago, and I spent 22 hours (!) Going through labor to give birth. The days I was in the hospital were very short, but it was a terrifying experience. I remember every time the nurse pricked her heel to take a blood test, even a tiny drop of blood made me feel very sorry. Every time I close my eyes and turn away, but every time I hear a cry, there is tears in my eyes. In addition, the gu guilt that is constantly emerging: “This is my fault. I can do this and that, maybe I won’t get sick … ”Every time I walked through the hospital corridor, I saw pregnant women carrying their stomachs waiting to give birth, I recalled my day. It also goes back and forth on this corridor to look forward to seeing you soon. At that time, I just wished I could go back to that time, back to 22 hours of labor thousands of times, just to change things that (in my mind) I could do differently. So that I won’t get sick. Come to think of it, these guilty thoughts were too heavy and ridiculous, but that was really what I felt at the time. It was probably the weakest and most bewildering moment I have ever experienced. Or maybe it’s as bad because I have a postpartum anxiety disorder. You know, being a mother for the first time, the problem with a baby with a nail can blow up into a big worry.

Gradually, my skills improved and I also liked taking care of my children, especially when they started laughing, joking, and showing personality. Finally, when Jaden was 4 months old, my mother returned to Vietnam, then I started to take care of the baby completely. Because I have never taken care of the baby all day long, everyone in the family was worried, often called, texted and asked; my husband also asked to go home from work early to support his wife … But only over the first few days, understand the trend of eating, sleeping naturally (or in the language of research, “observing data collection In order to find a natural trend ”:>), I began to create a” schedule “for a day to care for the baby. After a week of testing and directing your child to the schedule, studying her changes before and after the schedule (or also in the language of the study: “before and after the intervention”), everything gradually into more sticky. And after about 10 days, I was able to take care of my children all by myself, my own way.

As I became more confident as a mother, I began to love and experiment with new things with my children. Being a mother gradually is not only a worry for children to eat well, sleep well, how to make the day go by without suffocating because of anxiety and stress. Being a mother is also a journey to open a new life with your child, realize the joys of a nameless but meaningful life, and discover a new “I” of an ego under the name “Mother Jaden”. —Which I’ve never known.