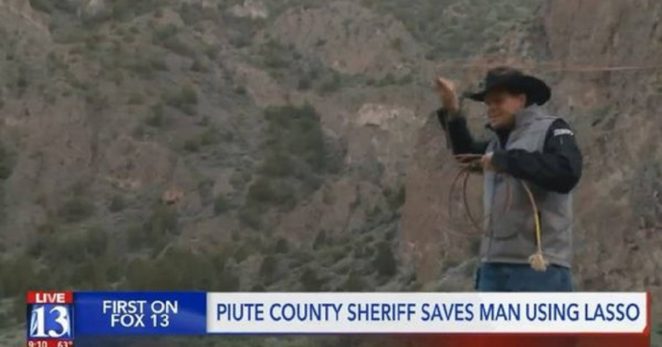 A male driver whose name was not released is very thankful that Piute County (Utah) Sheriff Marty Gleaves is one law enforcement officer who is very creative in performing rescues of persons who are in need of his help to get out of trouble.

The male driver was on state highway 89 on Friday evening near midnight when he lost control of his auto and he managed to crash his auto into the Sevier River.

The driver managed to get out of his auto and get on top of the roof of his auto without a cellphone to ask someone for help at the time of the accident.

The driver then placed the rope around his waist as the sheriff dragged the stranded driver from the top of the roof of his auto to make it to shore safe and sound.

The driver of the auto was then taken to a local hospital to be treated for hypothermia before he was released from the hospital after a few hours.

It goes to show you that sheriff’s who work and live in areas like the country sides of our nation are resourceful in executing rescues by using their skills that they use in rodeo competitions.