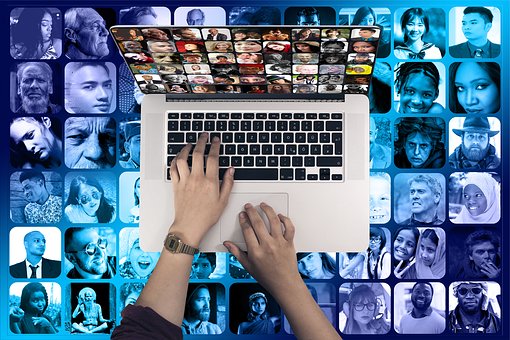 The Crazy World Of Self-Publishing

You can write as many reviews as you like in one day and you don’t even have to read the books you review. That’s how easy it is to review a book, and with millions out there and a future that offers trillions, it’s going to become even easier to review those books you never have time to read. Of course, the old-fashioned way is better. Open the book (or tablet), read, relish, think, finish, write a review based upon your sensitivity and literary knowledge. BUT it’s a fact that the world of publishing has gone crazy in the sense that with the democratisation of publishing via self-publishing there are flash-floods of books coming out which defy traditional publishing houses, their editors, their tasters and their selectors. These self-published books are full to the hilt of the good, the bad, the ugly, the uncensored, the mistake-ridden, and the excellent! Released from the restraints of editors, anything and everything can go, and will go! It is up to the writers to publish good stuff, and the writers are capable and incapable of doing it. Self-criticism is difficult, help from literary giants almost always unavailable, and so the seas are awash with tidal books. Sailing through the maelstrom is like drowning by the minute. How is a reader to know what’s good and what isn’t? Well, take time to read extracts. Take time to read reviews. Know your tastes. Know your genres. If you liked one book by one self-published guy or gal, odds are you’ll like the next, and over it all, over all these choices of ones among millions, shouldn’t you have read the classics, a few, better a many? Yes, it’s worth taking the time to get a grounding in what the past (& present) think are great books. How do you know? Well, university courses can be an approximate guide (to what’s considered timeless), or a Google search can indicate, and there are plenty of people out there willing to tell you. Editing houses also have lists, and there are even the Penguin Classics, modern and not so modern, crying to lead you by the hand, and like Virgil leading his Dante through the divine comedy, you can sort of get led through the “divine” array of literature flooding to drown you in the name of self-publishing! If you have never heard of Austen, Eliot, Conrad and Lawrence, then you have missed out and messed up. Read them, and then take a genre and read one of its greats. For example, got a penchant for sarcasm? Go for the genre “satire”. Get hold of “Gulliver’s Travels”. Get past Lilliput and Brobdingnag, and see what the scientists and horses have to tell you. Travel further afield. There’s France; there’s Spain; there’s Russia.

Let’s enrich ourselves and our world of self-publishing by not just sticking to Mr. Today in Leamington Spa.

EXAMPLES OF TWO REVIEWS I WROTE IN A DAY!!!

The title, “Dear Love, Are You Dead?” is intriguing and striking, and the majority of the events narrated in this modern-day, gothic, horror-novel resemble cartoon-horror. Nightmare, murder, bestial attacks, accidents, gruesome episodes, exploding bodies, showers spouting blood, death by drowning in your own fluids, and hallucinatory deeds comprise the contents of this book. It is one of the weirdest I have read in many months and all its characters appear disjointed from reality and saying things that appear odd, inappropriate, or downright out-of-place. It is a novel that will appeal to readers who enjoy mad mystery, orgies of violence, nightmare descriptions, and groups of people and friends who are connecting, disconnecting and unconnecting on game-orientated, drug-like supernatural, dream- and nightmare-high levels with endless fantasies of violence abounding. It is a novel which needs to get the thoughts and feelings accompanying certain horrific acts right, otherwise an unsympathetic reader may smile, find the episodes unusual but unreal, or even find them downright funny when the reaction should be completely different (I suppose). It is hard for me to empathise with those readers who like this type of novel, who will be entertained by “Dear Love, Are You Dead?”, even though I find myself amazed by its content which comes across as bizarre, to say the least. Is it a novel written by a teenager for teenagers? Is it a novel which portrays multiple lives and multiple deaths as game-substances? What is certain is that it is not a serious presentation of real life as lived by most of us and so can’t be read as literature towards self-awareness. Rather escapist literature, deviant devices, games of lives which explode, implode, and are violated with impunity. Sex is also bizarre as though connections can’t be made through physical intimacy. It could well be a futuristic novel about failure on multiple levels. If so, then it is a warning of something dire occurring, or about to occur!

There are other problems, too, to do with the English used by S. J. Henderson, and I doubt that “Dear Love”’s creator is writing in his or her mother-tongue because the text is not just marred by typos, mistakes where normal, sequential tenses are concerned, and the usual errors where layout of dialogue is concerned, but by an English style which is dogged by unusual constructions which are just plain, simple wrong! Whether the style fits the author’s intention of presenting an overall horror-episodic flood of joined but disjointed effects is a question I will leave unanswered, but it seems to me that for whatever reasons English is not doing its job well. (For example: “He gets the same headache, which Maya is crying her lungs out from.” Chapter “The New Man”, Location 1359 / 37%.) The novelist should have concentrated on writing better. An editor might have helped, a proof-reader certainly, and a mother-tongue writer-overseer, too. I also suspect that the author of   “Dear Love, Are You Dead?” has not read widely. Moreover, the ebook file is faulty with full-page text and alternating half-page (or less) text.

Dedicated to dead dogs, this book remains of worrying concern to me and I imagine to others who find its repetitive content of extreme, gratuitous violence disturbing, orgy-istic, psychotic, illogical and vain-gloriously grim!

(The 2nd review I’ll publish as a separate post.)