As I mentioned in my previous post, “The Whole Dam Area”, The town of Escondido was having water problems since the town was growing too large too fast for the artisan wells to keep up with demand. The Escondido Irrigation District was formed to come up with a plan to get much needed water.  You can read more on this here.

By 1894, Seven miles of tunnels, plus a network of redwood lined flumes were finished and water began to trickle in from the San Luis Rey River in Oceanside California using no electricity but only the power of gravity to fill the reservoir in Bear Valley Escondido where they had built a dam that was an earth filled on the water side and redwood timbers and boulders blasted out of the hills and hauled by wagon to form the barricade.

Over the years the redwood has been replaced by cement and is now over 100 foot high and holding back 7,000 acres-feet of water.

A colorful past… Back in those days when the reservoir was filling ever so slowly most of Escondido’s residents were left with wells that were dry leaving many without water. The became desperate for water as the Escondido Irrigation wouldn’t let go of any water as the reservoir filled.

Finally the residents and city councilmen decided to take things into their own hands and saddled up their horses and rode out to the dam keeper to demand water or suffer bodily injury. The man then released some water to the much needed town of Escondido.

Fact: The water from the San Luis Rey River belonged to the Native Americans which had full water rights to all the water in the river. They are still in court today.

Below are a few more photos I took on my hike yesterday. 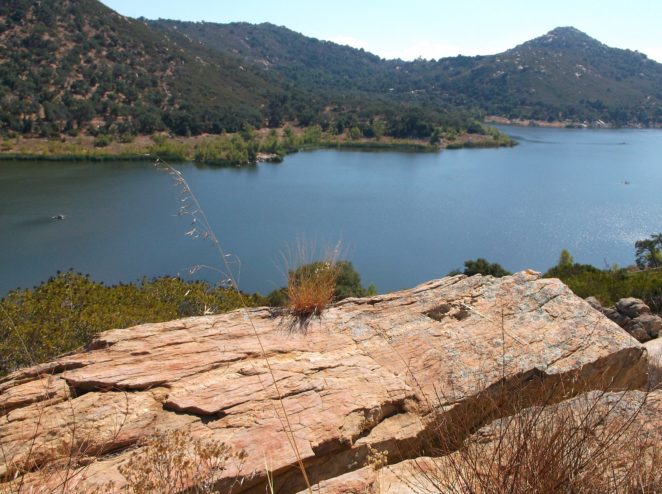 I loved this flat boulder! 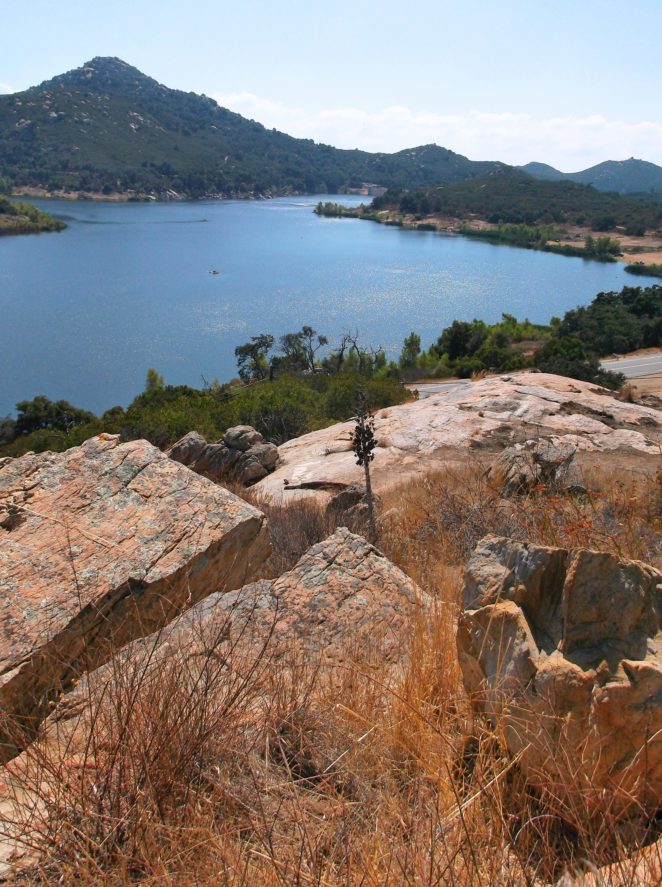 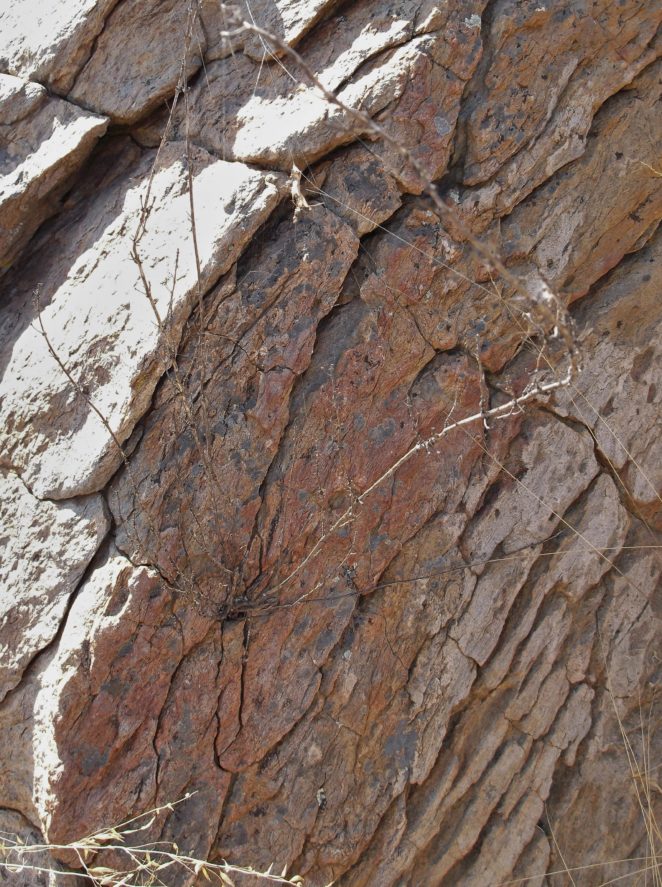 I love how this tiny bush is growing out of the crack. The boulders were so pretty here. 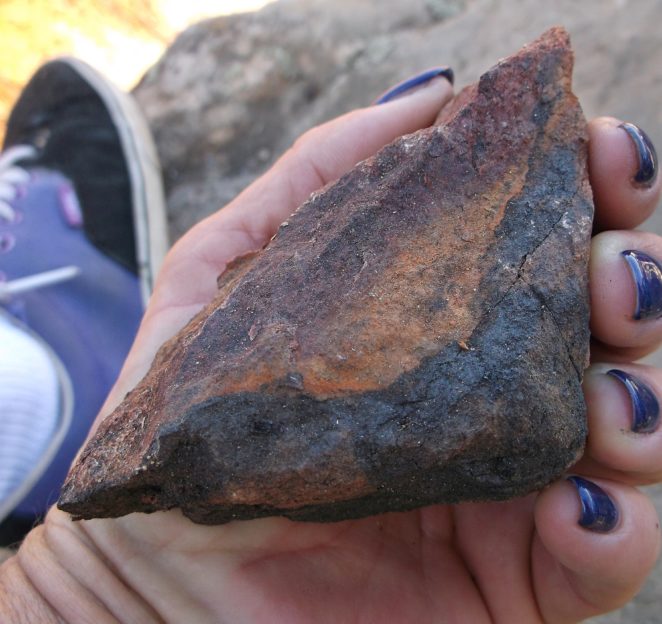 You can see all the pretty colors in this one.