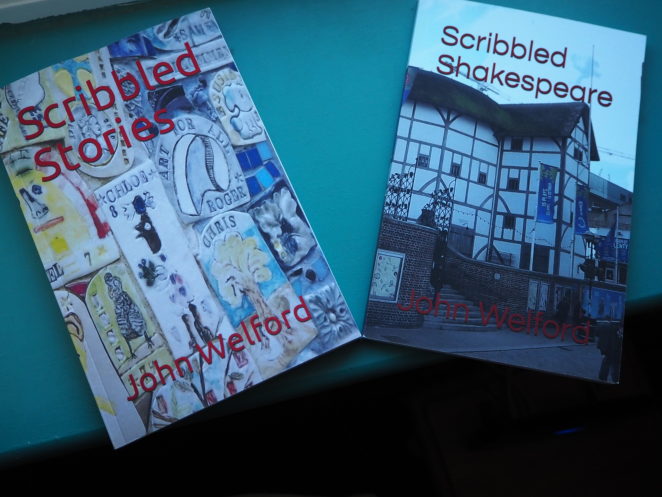 OK – I admit that these books are self-published, but it still gives me a thrill to think that I have managed to put them together and that they can sit on my bookshelf as evidence that I can actually string a few sentences together!

I belong to a writers’ group called the Hinckley Scribblers, and the stories in these books were all written for “Scribblers” sessions. I simply put some of these together (more than 80 in total) and made two books out of them.

The “Shakespeare” volume is so named because I have used the characters of Shakespeare plays as inspiration for some of my stories.

Another reason for doing this was so that I could offer the books for sale at the library that I help to run. Whether they raise much cash remains to be seen, but every little helps!