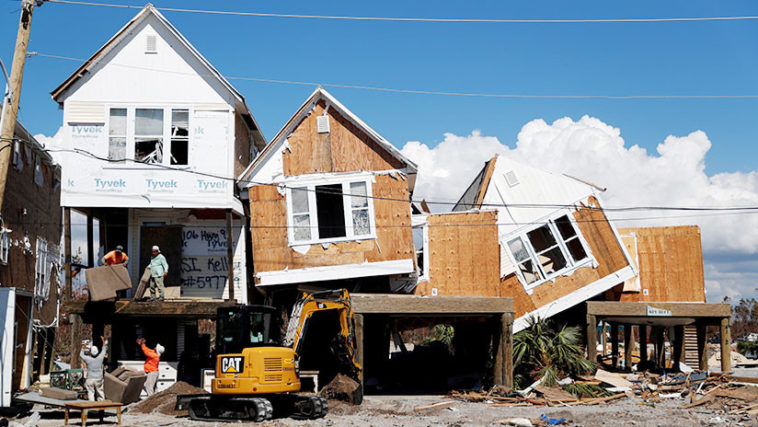 Florida Police try to deal with the armed individuals who loot homes, businesses and vehicles that suffered the consequences of Hurricane  Michael .

Social networks show videos showing looters, while authorities carry out 10 arrests every night after the hurricane made landfall in the area last week. “Most of our officers lost their homes, they have been working shifts from 16 to 18 hours without sleeping or showering, and now they are facing armed people,”  Jimmy Stanford, an officer with the county sheriff’s office , told  CBS. Bay.

In some areas of that county there were even spray painted signs saying “looters will be shot” and “you steal, we kill,” according to  The Guardian .

Hurricane Michael devastated the southern coast of the US, causing dozens of deaths and causing thousands of people to lose their homes. According to Reuters, at least 48,000 Florida residents have applied for disaster assistance to the Federal Emergency Management Agency. Of the victims of the hurricane, 23 died in that state, and 10 in Georgia, Virginia and North Carolina.

Apart from the problem of looters, the authorities have not yet managed to fully restore power in the affected areas. In Bay County, about 54% remained without power this Wednesday, while in Calhoun County the figure is 98%.