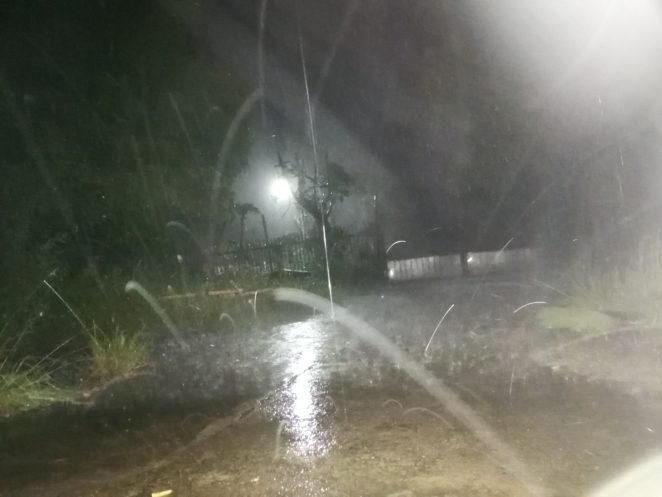 A storm has just entered the country. Our province and other neighboring provinces have been placed under storm signal number two.

At mid-day, the sky is cloudy but aside from the occasional drizzle and moderately strong wind, the weather was still tolerable. At noon, I drove alone on my bike. The wind was rather a little strong.  Driving through the 10 kilometers of the open road was slightly challenging.  On more than one occasion, I felt the wind blow my bike slightly off course. I arrived at my destination safely.

In the afternoon, the atmosphere was getting colder and the wind continues to pick up. 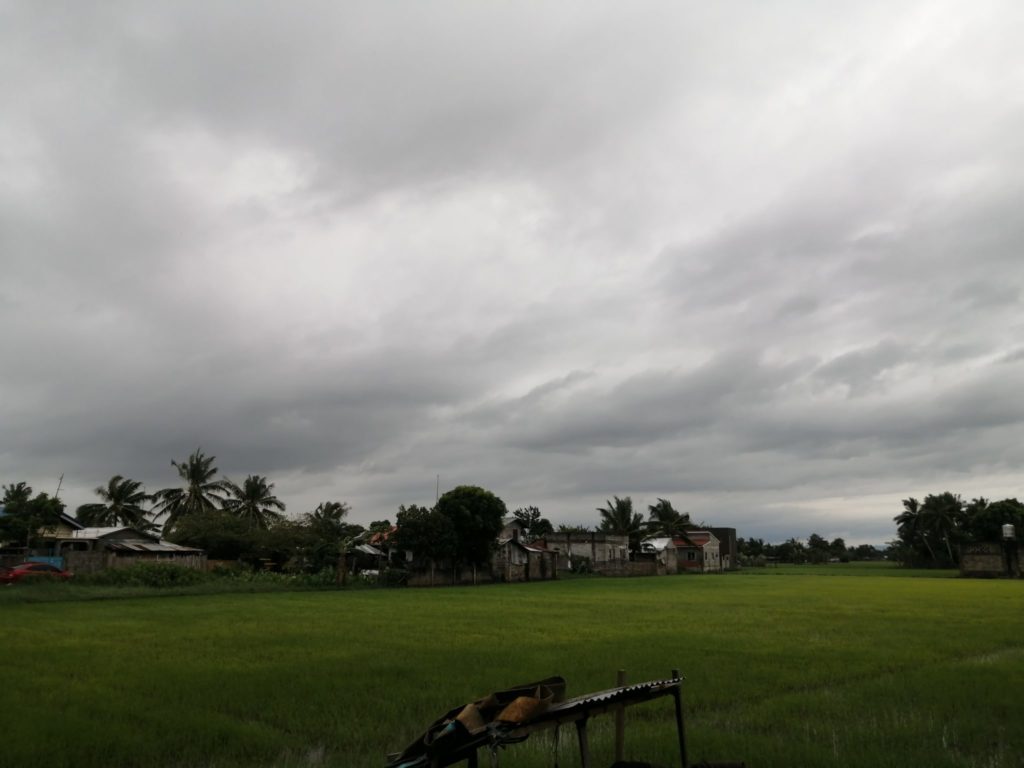 Just as it turned dark, the rain started to fall heavily. Thankfully, the rainfall mellowed down after dinner. It did really stopped but it was light enough to drive safely. While the others rode in an APV, I drove on my bike alone. The wind was cold.

As I drive slowly, I feel the wind is much stronger than. And the concrete road is a bit slippery. The rain was not heavy, but because of the strong wind, I feel like my face was being sprayed by tiny pebbles.

I had to stop and wear my eye-glasses to protect my eyes and part of my face. But the high-velocity raindrops still hurts my nose and my lower face.

Again gusts of wind would blow strong from time to time. It would blow me slightly off course. Good thing there were very few vehicles on that road at that time.

For more than 15 minutes, I had to drive slow. I endured the almost freezing cold and the raindrops that felt like pebbles sprayed onto my face.

At the end of the night, I thanked God that I reached home safely.