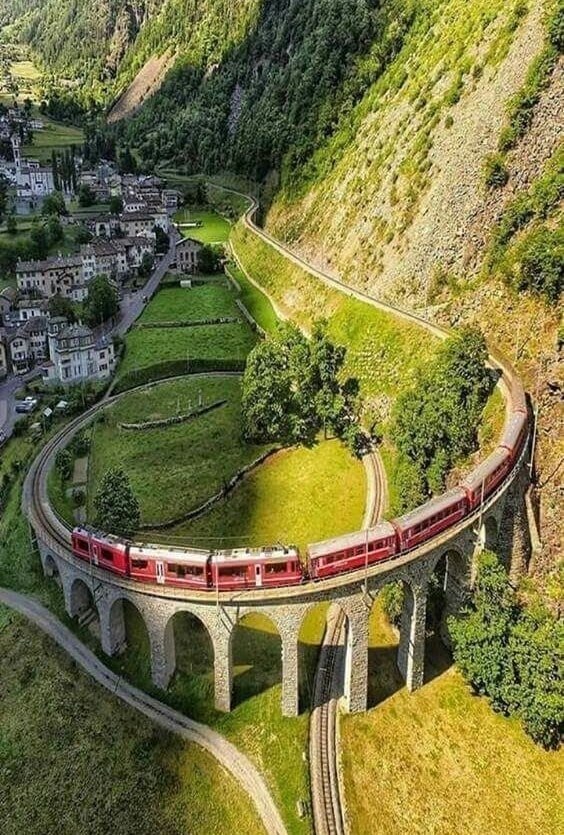 Brusio Spiral Viaduct is a single track spiral stone railway viaduct with nine arches located in Bruce, in the canton of Grisons, Switzerland. Like most spiral track, Brusio spiral viaduct was built in such a way that allows trains to climb at a relatively short distance. Spiral viaduct is 110 meters long, has a horizontal radius of curvature of 70 m, a longitudinal inclination of 7%, and is composed of nine arcs, each 10 meters in length. The stone viaduct was opened on July 1, 1908 ..