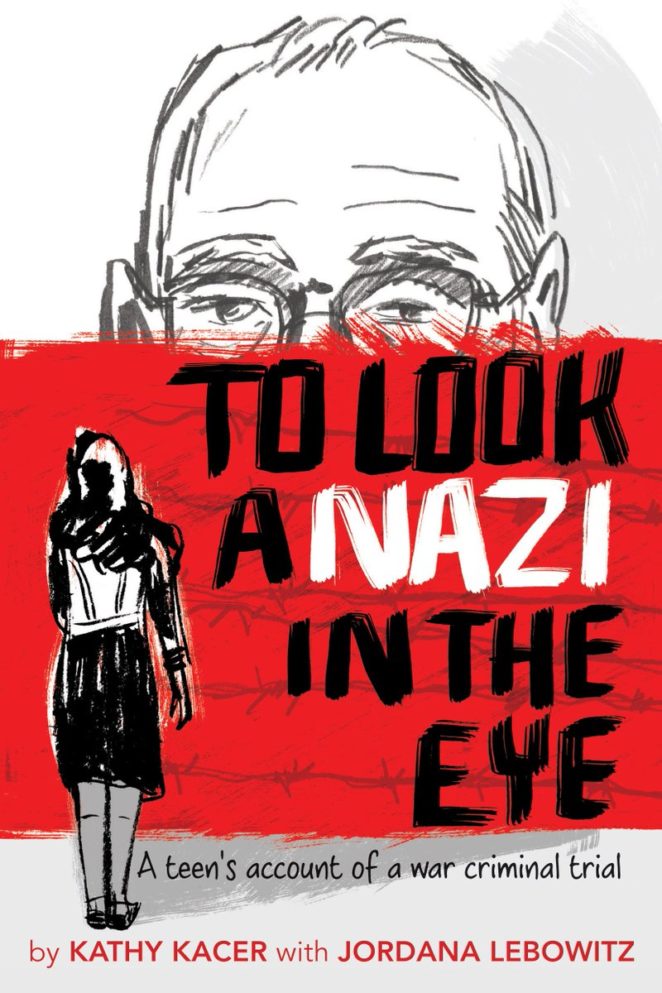 I receive arc copies of books in exchange for my reviews, I thought I’d share this review here.

I am reviewing a copy of To Look A Nazi in the Eye through Second Story Press and Netgalley:

In April 2015 Oskar Groening the man accused of aiding and abetting in the murder of only 30,000 Jews in Aushwitz/Birkneau.  Nineteen year old Jordana Lebotowitz a Granddaughter of Holocaust survivors decides to attend the trial.

In 2012 Jordana had took of a tour of Aushwitz/Birkenau where she learned that the workers had intentionally hung an upside down B, so those who entered new it was not what it seemed to be.

At ninety four Oskar Groening will likely be one of the last Nazi War Criminals brought to Justice.

On April.21.2015 Jordana arrived at the trial on the bus with Holocaust Survivors and those called to testify against the Nazi’s.  While at the trial she meets Rudolph Hoess and who is trying to spend his life undoing the damage his Grandfather and other Nazi’s have done.  Sadly she also meets those who try to deny the Holocaust!

Can you imagine being the Granddaughter of Holocaust Survivors brave enough to attend the trial of Nazi War Criminal Oskar Groening?

This is Jordana Lebowitz story, a brave young woman who would not let fear stop her.

On April.21.2015 the trial of Oskar Lebowitz began by then he was a frail old man of ninety four and would likely be one of the last Nazi’s to stand trial.

Could you hear the story of those who survived the Holocaust, the absolute crushing pain? Would you find that kind of courage to look one of the one responsible in the eye?

I give To Look A Nazi in the eye five out of five stars!