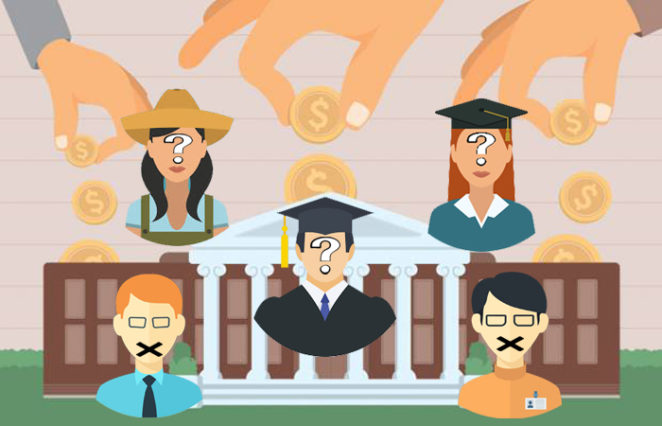 You know, we all grow-up thinking about college. It is almost like a “dream” that we build up since our early childhood. But is it really OUR dream? or is it our parent’s, friends, society’s and government’s dream?

Not always will college give us what we need in order to accomplish our goals. Shouldn’t we be given that option? To not go to college? And instead, choose to.. I don’t know, start a business for example!

Gosh, you could go sell hot-dogs if you want! But no, you HAVE to go to college, even if your dream is just selling hot-dogs or fried potatoes in the streets.

So you go trough all that effort, you spend 4 years with your butt in the chair, spend a lot of money, only to conclude that, in the end, your goal was not something that college could help you with.

Instead of spending that time and money with some valuable experience, you just wasted your time with a bunch of useless theories.

Many successful people did not go to college, and if they did, they probably wouldn’t have reached their goals.

College won’t teach you to be successful.

Do you think that if Mark Zuckerberg had given-up on writing facebook code to just stick to college he would have been more succesful than he is today?

I don’t think so! And I’m gonna tell you why: sometimes if you don’t make a move when an opportunity comes, you may not see it again for your whole lifetime! You may just have to throw all your efforts there until you make it.

By the way, did you know that nearly a third of the world’s billionaires do not have a bachelor’s degree?

Of course, if you want to be a doctor, you must go to college! But my point is, that college should not be seen as an obligation, but rather a choice… And sometimes, a bad one!