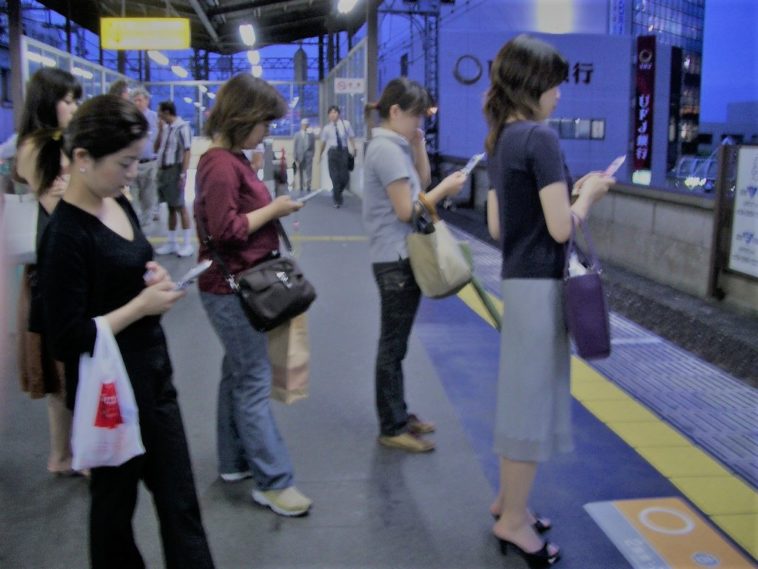 As I sat there conversing I looked up to see four teams, about 50 kids, exit the training complex and realized they were all plugged into their phones, not all but so it seemed. No conversation, no laughter, nothing but the glow of their screens. These were kids no more than ten, maybe eleven years old. Some were only six.

Out in the parking lot, quite a few cars had the familiar glow and I realized that this was why the kids were oblivious to everything but the phones. A learned habit.

Parents could show up to the practice fields and see what is going on with their kids. Are they receiving instruction, are the learning anything, are they being mistreated, bullied? I would want to see  what am I paying for?  Talk to the coaches. These parents have no idea what is the going on. Too busy with the phone.

The cell phone has become the sad connection to the outside world and if you can’t share, like, <3 or read it on the latest app, it must not be true. Go to a mall, restaurant or any place where you can “people watch” and you will see someone bump into a wall, or step into a puddle. Some take pictures of their food and plaster them all over the internet.

I have seen people get under a tree, not for the shade it provides but because the best signal was acquired there. The cookiemon or whatever they are looking for today may be there. We have become tech savvy but have lost so much more in the process. Was it worthwhile? I do not know what you are going to do, but we are going unplugged for a bit.