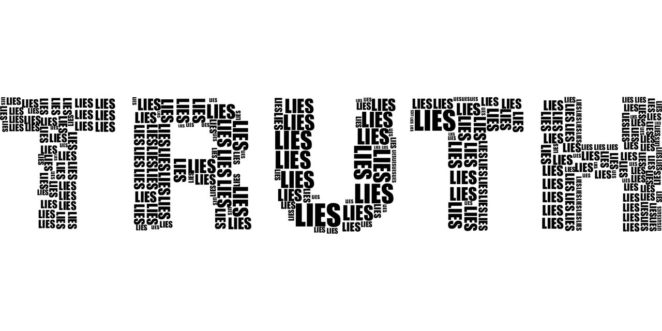 From the day that we were born, our parents commanded us to always tell the truth. However, everyone has told a lie from time to time.

Why do people even tell lies? In some situations, some people will tell a lie in an effort to protect themselves. A person will lie in order to preserve his or her marriage. If someone is cheating on their spouse, then a lie will preserve him or her from going through the pain of divorce.

Some people will lie based upon the situation they might be mired in. This type of thinking is called situational ethics. An unforeseen circumstance can spontaneously pop up that can cause a person to say things that would not be normally said.

When you are focused upon a goal, then you will not allow for your own tongue to derail your mission. For example, look at the famous story of George Washington chopping down the cherry tree.

He did not lie about chopping the cherry tree down because he had bigger goals of becoming a leader even when he was a child.

Do not allow for the biggest obstacle in your life to be yourself. May the truth be told from your lips!