Jim Aenis, who retired years ago from the US Army, has been distributing toys to the Almsman and poor children in his area for the past 50 years, becoming Santa Claus on Christmas Eve.

The 81 years old Jim Aenis, is resident of Sanford, Florida, United States, has been distributing happiness among poor and Almsman children for the past 5 decades, Jim Aenis is a former US soldier and specializes in carpenter work and each year he make about 300 toys with wooden pieces and give them to local Salvation Army volunteers, which On Christmas night, they quietly place their toys in the gates of the poor. 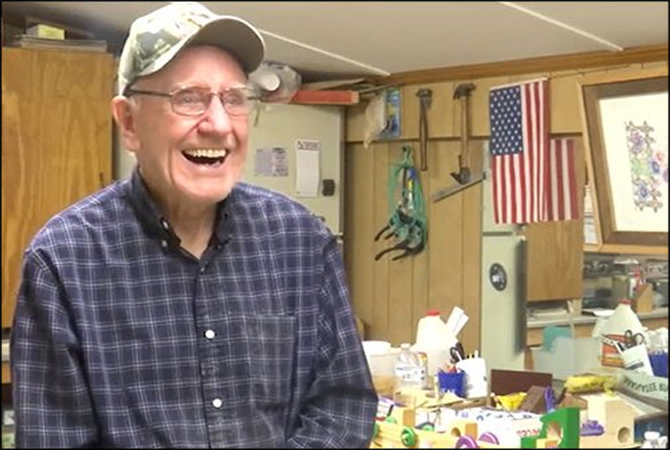 In the morning when the residents of these houses wake up, they give their children gifts of ‘Santa Claus’, which creates a wave of happiness in children.

Jim Aenis buys pieces of wood from his neighbors all year long to make toys for children, which costs them about $ 1000. Jim Aenis says I don’t care about money, but I want these (poor) kids to enjoy the toys I make.

Jim explained that my father had five children, and even though he worked hard all year long, he couldn’t buy any Christmas presents for us,  that’s why I know exactly how much a little gift from an unknown Santa Claus at Christmas means to these little ones.