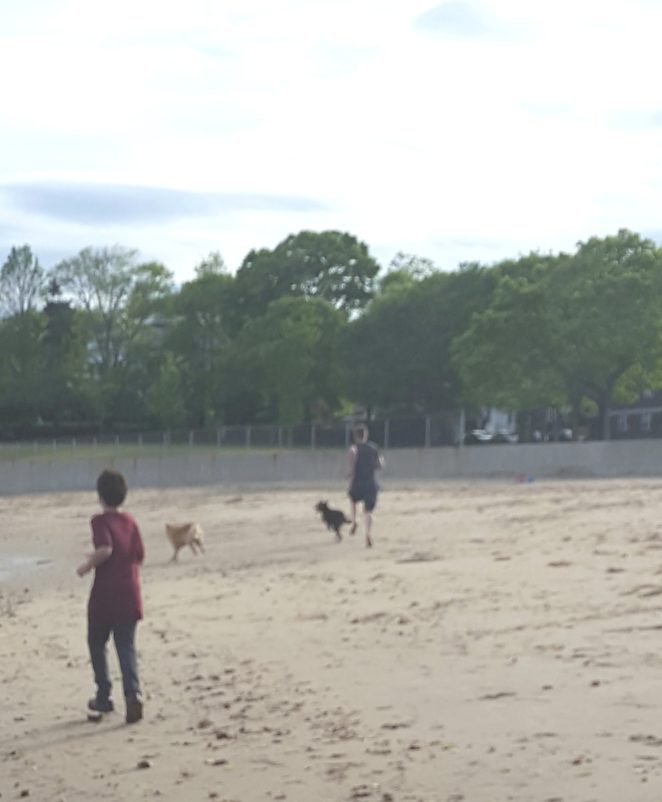 I had the same teacher for 4th & 7th grade at St. Ann’s Grammar School, Sister Michelle. In 4th grade I thought she was awesome except for the time she criticized Bobby Kennedy My cousin Michael  didn’t like her so much. Michael was an eccentric kid, very much a loner. Sister Michele had gone on a personal crusade to integrate him with the other kids in the class & attempted to resume it in 7th grade, encouraging all the jocks to get every boy together to play football behind the Sawyer Free Library after school. So one afternoon we gathered there & began a pick up game with some  public school kids. There was a kid named Brian Mckay- I used to play with him when I was much younger but stopped because of his creepy fascination with snakes & the devil. Brian had become a celebrated tough guy around town. The game had barely started when he began riding my cousin… Brian was shouting a variety of epithets but mostly taunting …””faggot!… fairy! “. Of course none of the jocks were saying anything so  I told Brian to lay off. He said, “You gonna make me? Come on, wanna fight me?” I replied, ” I won’t start a fight but I won’t walk away from one either”. A solid dirty fist caught my right cheek followed by another over my left eye. Next thing I knew I was on the ground being pummeled by Mckay. All the big tough jocks took off running ,as did my cousin. The fight was over in less than ten minutes, I walked away bleeding, hand over the new black eye Mckay had given me. Mary Giamanco, a frequently sarcastic girl in my seventh class who had always reminded me of Lucy from the Peanuts cartoon was the only kid left watching this freakshow. I expected her to say some kind of put down, because usually she made fun of me & my cousin, or commented on seeing my dad walking home drunk- she wasn’t my favorite classmate. Surprisingly, she didn’t. In fact, she was impressed at my reckless attempt to stand up to a celebrated bully. “It’s okay, you can cry Paul, no one’s gonna say anything…” I never forgot that moment of kindness. I didn’t cry till I was safely home & my sister was preparing an ice-pack for my black eye.