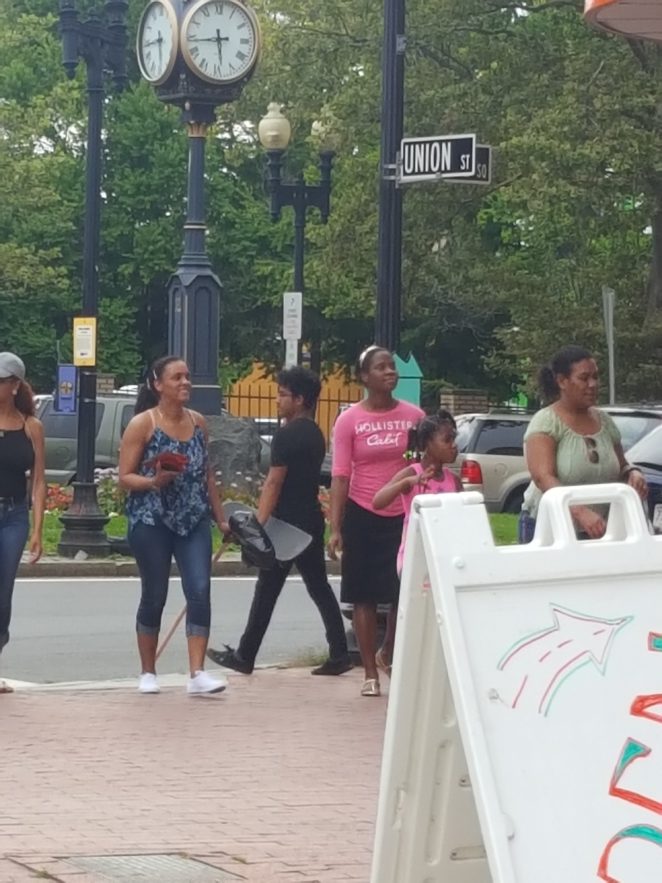 By July of 1991 I had reached a point in my on again off again relationship with Youngor Woods that I had decided to move on. I was weary from the frequent deception, drama,  and quarrels. Despite my desire to make a clean break I was genuinely concerned for Youngor’s family caught in the midst of a bloody civil war. I had been concerned about the crisis in Liberia since the April 12,1980 coup that brought Sam Doe to power. Now 10 years lateŕ the nieces of a woman I had almost married were at risk as tales of new atrocities surfaced each week. I agreed to meet with Youngor’s Uncle who was visiting from Canada. We had lunch at the Po…rthole in Lynn and discussed details of getting Youngor’s nieces out. The following afternoon he accompanied me to the Harvard Square Office of  American Express. I purchased two roundtrip tickets for the girls from Monrovia to Chicago, as I was advised the girls would not be allowed to enter the country without a return ticket. We all knew the girls would not be returning to that war torn country for along time. I charged US $3000 on my American Express Card for airfare and the girls flew to safety in the United States. I never met them. Over the next few weeks the relationship with Youngor deteriorated to the point where we only talked on the phone. It was a train wreck but I felt good about getting the girls out of harms way.