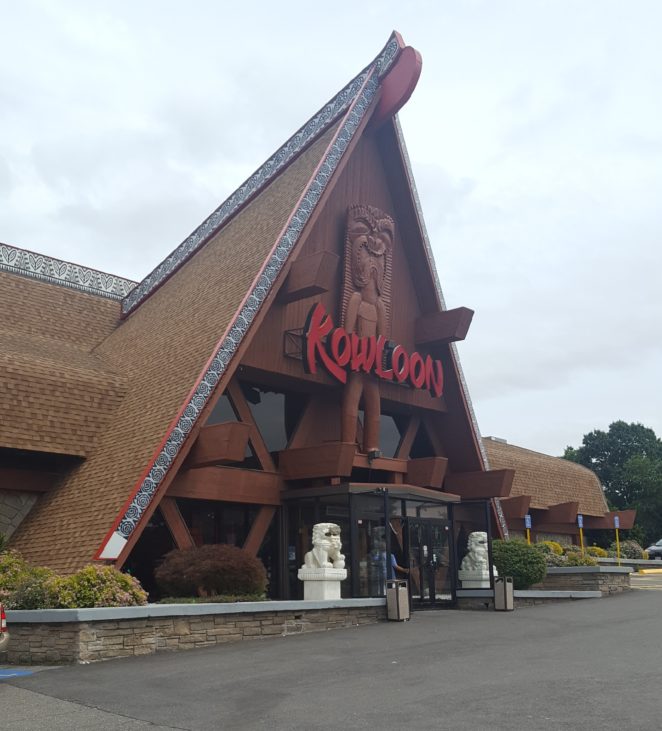 For decades Kowloon’s has been one of the premier Chinese restaurants on the North Shore. I only ate there once, over 30 years ago. It was an unforgettable evening…unfortunately.

In mid July I met a woman named Debbie at the Salem Willows. We started dating- I was bored & lonely & I think she was too. We didn’t communicate well…she lived with her parents, didn’t work & had few, if any friends. Her parents were upper middle-class, pleasant & seemed very happy each time I showed up to take their daughter out. I had begun to suspect Debbie had some kind of psychiatric issue, but she wouldn’t talk about it. We seemed to have a lot of fights over little things. I wasn’t sure if we were going to last. She was pretty, fun to make out with, and I felt kind of sorry for her…not the best reasons for staying in a relationship.

This was in the back of my mind when I picked Debbie up that evening. She had asked me to take her to Kowloons and I had always wanted to go there. I had just got paid and was feeling pretty relaxed. We ordered a Pu Pu platter that was quite tasty. Within half an hour the MSG kicked in and I started to feel edgy. By the time my Shrimp with Lobster Sauce arrived I couldn’t speak without being sarcastic. Every little thing that bothered me about Debbie was coming out as I had lost the capacity to shut off the internal dialogue.

After dinner I drove her home. Debbie was startled and disappointed that we weren’t going to Devereaux Beach to make out. I was amazed that she was even thinking of it given my far less than pleasant disposition over the previous 90 minutes. I had a pounding headache and was doing everything in my power not to swear at her or be any nastier than I had been. I said goodbye, drove back to Gloucester and stopped at the Blackburn Tavern for a White Rum Srewdriver…not the best remedy for MSG poisoning.

Went home, ran upstairs without saying hi to my roommates and shut the door. Eventually I was able to fall asleep. The next morning I woke up grateful to be my regular self again. I couldn’t bring myself to call Debbie for a couple of days. When I did I said I was sorry for being so grumpy. She seemed to have forgotten it. She asked if I wanted to get together again. I said I didn’t know. Something inside was saying it’s time to move on…and this wasn’t the MSG.