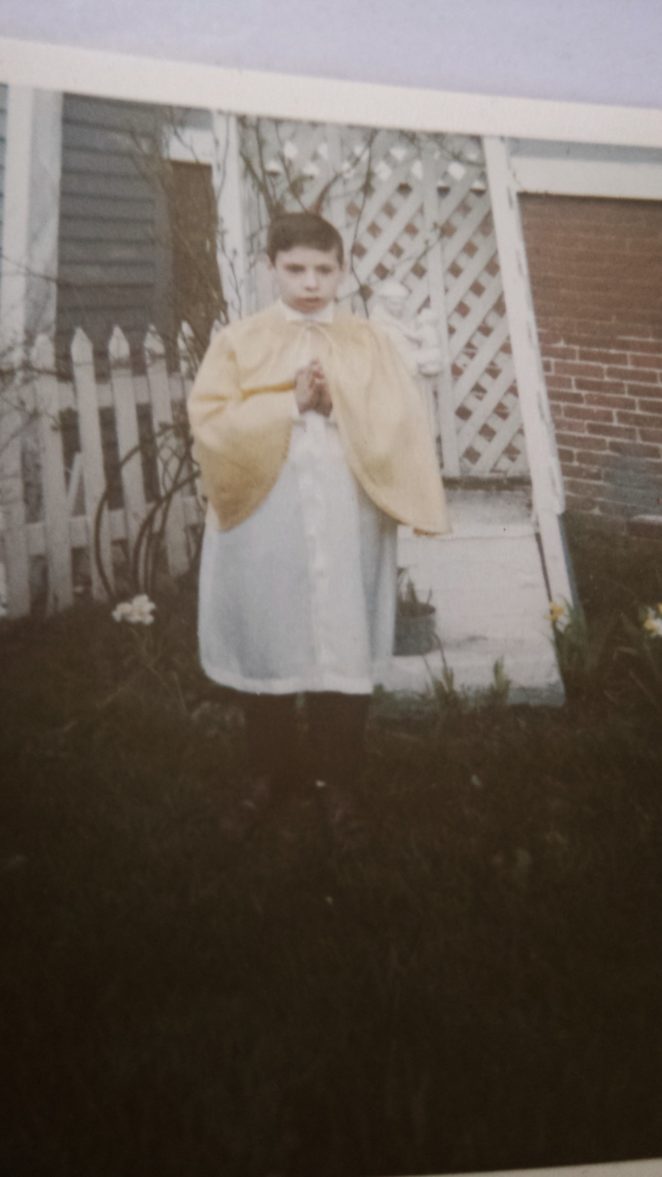 My mom used to punish us by spanking with wooden paddles. My brother Peter says that dad used to hit him and our oldest brother Joe with a leather belt. At some point he stopped, telling my mom that he was away at sea so much (He worked on a fishing boat that would spend 10-14 days off the coast of Nova Scotia) he didn’t want his kids to he afraid of his coming home. Years later I would learn that every Pallazola fisherman in Gloucester reached the same conclusion…breaking a pattern of physical discipline that was generations old in favor of having a stronger connection with their children. Consequently my mom handled the discipli…ne and i would get hit for fighting with my sister or touching myself in church… I hated the paddles, most of which were decorated with drawings & tacky slogans. One day I was being punished…can’t remember what for. I pretended to laugh when she hit me.She hit harder. I laughed harder. This went on for several minutes with her hitting harder and me laughing  harder until she became exasperated and shouted “Go to your room!” I walked upstairs and closed the door behind me, then cried for several minutes. She never hit me again after that.