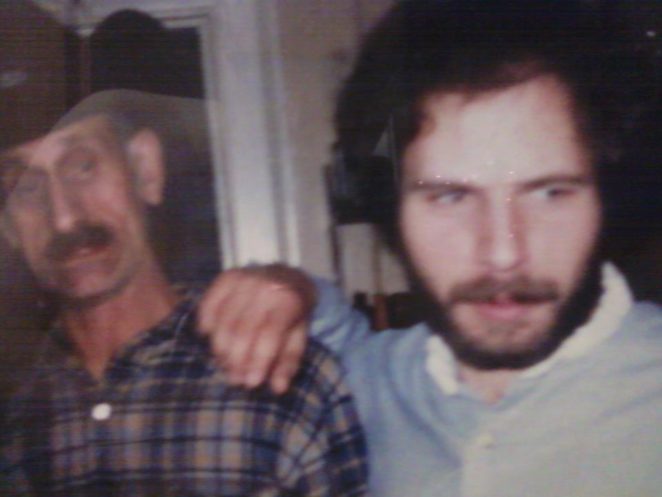 Among Gloucester fishermen my dad was known as “The Duke “. He was tall & loved to dress in cowboy hats & western clothes. His unorthodox attire made him recognizable  from a distance all over town. As a teen I was somewhat embarrassed by this. When I reached adulthood I learned that he was liked & respected by everyone he worked with & local barmaids spoke well of his quiet, kind, respectful manner. In high school I didn’t think he was cool, but later I would come to know how cool he was.

In February of 1975 I had my pre college physical exam. For two weeks before the Dr. Cohen appointment I nervously abstained from marijuana,hashish,  crystal meth, valium, mescaline & LSD…all the things that had been making my junior year at Bishop Fenwick High School fun. The minute I left Dr. Cohen’s office I swallowed 2 hits of purple microdot mescaline. I looked forward to an evening of listening to Led Zeppelin & David Bowie records, talking with my friends Gail & Ann Marie on the phone, doodling & writing poems in my black poetry journal. At dinner my dad asked me if I’d like to go to  a movie with him. We had seen all the Billy Jack Films & the movie “Jerimiah Johnson” was playing in town. I initially  said no. I was self-conscious  of being seen out with my dad.

Gloucester is a small town and I used to get teased a lot about my dad’s  cowboy hats. The microdot would leave me feeling even more apprehensive. I could tell instantly that dad was feeling hurt and quickly changed my mind saying “What the hell it’s a school night but I can always drink coffee tomorrow. ” Dad smiled and I thought  “Wow if you only knew how late I’ll really be up tonight.”

So after dinner we walked down to the cinema near L’il Earls and got our tickets. I was relieved that there weren’t many people at the movie. The bright colors were mind blowing. I remember sitting through a preview for a coming film and exclaiming “Sasheen!” when Sasheen Littlefeather appeared on the screen, a little too loud but it didn’t seem to bother dad, who was notorious for providing  running commentary & predictions throughout most movies. The film started and I was too high to follow the plot but it was an emotional roller coaster for nearly two hours. I survived and walked home with dad, then called Gail to describe the experience. I was up pretty late after that and did require an extra coffee before school the following morning.