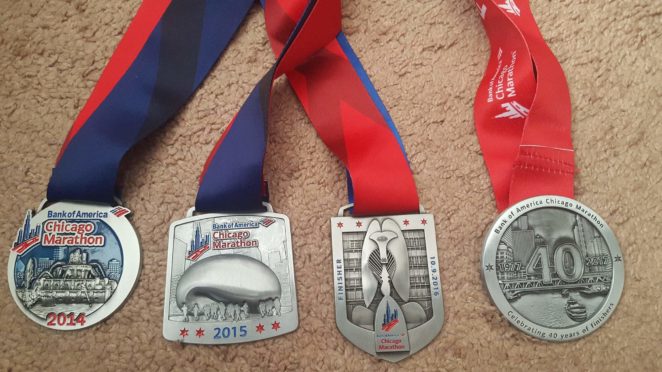 First off, I want to say that I am very grateful to have ran four Chicago Marathons: 2014, 2015, 2016 and 2017. As I share this, I was not accepted in the Chicago Marathon lottery process in both 2018 and 2019 for whatever known reason. This bothers me and I will never know why I was not accepted in back-to-back years, but it has to stem beyond my abilities because I have already ran four of its marathons, not to mention nineteen total career marathons.

Not being accepted again for the Chicago Marathon led me to believe that the selection process is biased towards that local that does not meet the instant registration requirements, such as race time and legacy status. In my opinion, I feel that its selection process is based off of city, state, and country with preference of that new out of state runner. I say this because that out of state runner generates money into the city versus that local runner that will not! When I say generate money I’m meaning by purchasing tickets to visit Chicago, touring the city of Chicago, and eating at Chicago restaurants. Yes! Those types of things, but it is very ridiculous and needs to be addressed because I’m sure many like me feel cheated.

I got it the first time, but not accepted for a second year in a row just does not sit right with me. I guess until things are addressed, I will look into charity groups or either continue to register in the upcoming years with hopes that I will one day be able to run my fifth Chicago Marathon. 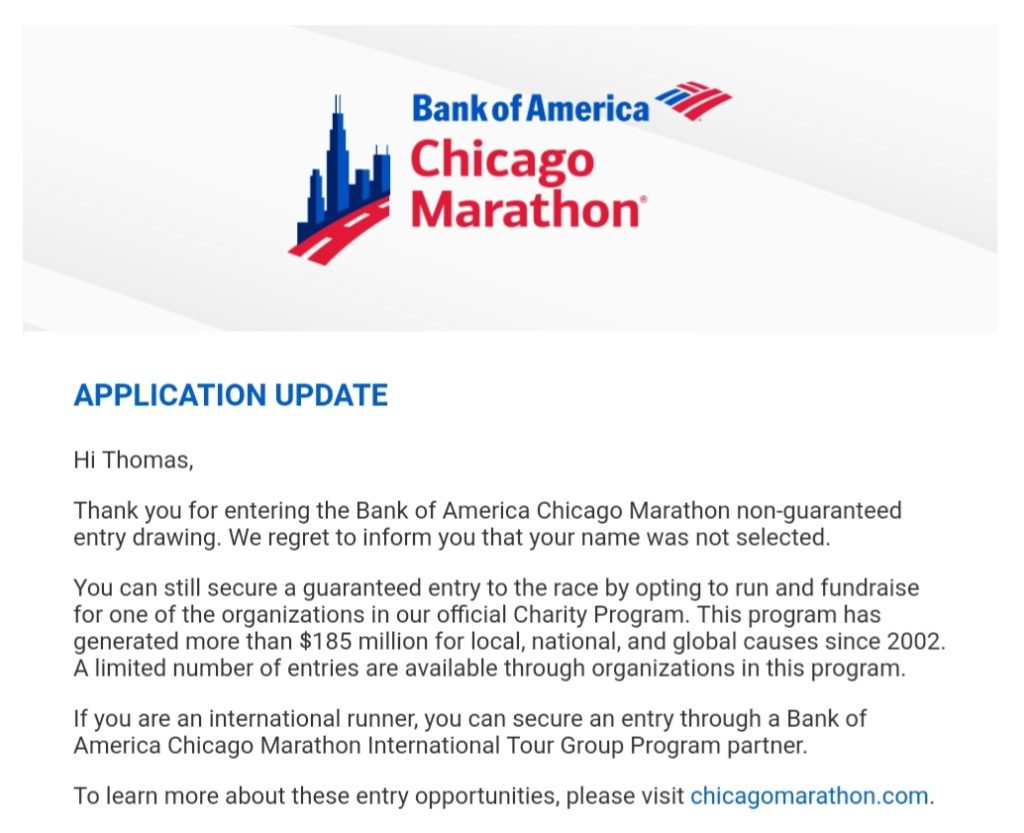