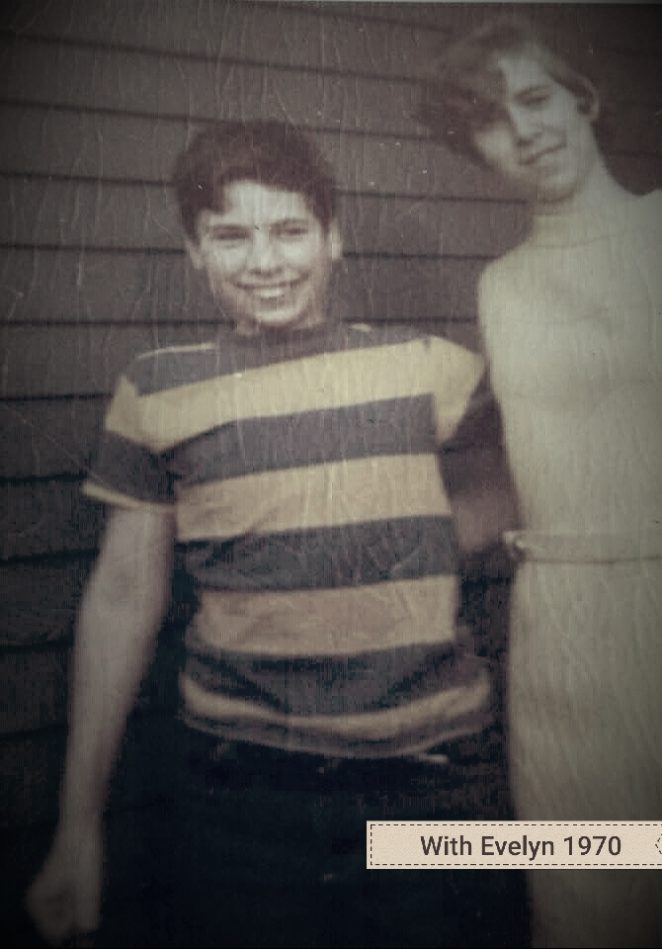 My cousin Michael & I were born 3 months apart. We attended St. Ann Elementary School & Bishop Fenwick High School together, ensuring 12 years of Catholic education. Michael was an eccentric kid, a loner who read and watched television  and dreamed. In first grade I would hang out with him at recess. He didn’t want to play with the other kids. We would share an apple pie snack and walk around the schoolyard while Michael recited episodes from “The Jackie Gleason Show” Since I didn’t watch the show I got bored after a while and sought to play with the other kids. Michael wasn’t interested. We both got teased a lot and bullied by a couple of kids. I tried to let it roll off but Michael would usually cry and the nuns would seek to find out what happened, usually too late. It went on like this for several years. I was kind of an outsider, but a kid that tried to fit in. Michael was definitely an outsider, and had no desire to fit in.

In the first semester of Seventh grade Sister Michele decided to try to change that. She encouraged the boys to involve Michael in sports. After school all the boys were expected to go play football in the Sawyer Free Library yard. Sister Michele did not avail herself or any adult volunteer to supervise this. She entrusted the entire endeavor to two popular athletic boys, Vincent Orlando & Tony Testeverde. Pressured by his teacher Michael reluctantly agreed to come and play. I disliked football but  we were all expected to go, so I went. The Saint Ann’s seventh grade boys were going to have a pick up game with some public school boys. I noticed among the public school kids a boy I hadn’t seen a few years, a real tough guy named Brian McKay. When we were little we used to play together but when I was six I stopped playing with him- he smell like pee and was obsessed with snakes and the devil. Brian didn’t show any signs of remembering me but he started hassling my cousin, calling him a “Fairy’ and “faggot” repeatedly. I asked him to leave Michael alone. Brian said, “Are you gonna make me? Come on and fight me!” I said I wouldn’t start a fight but wouldn’t walk away either.  Brian punched me in the face, pushed me to the ground and started pummeling me before I could even swing. I heard Michael crying and from my swollen eye saw him start to run towards the street I lived on. Brian kept punching my face for what seemed like a long time but was probably a few minutes. Eventually he kicked me in the ribs and walked away. I got up slowly wincing and brushing blood away from my right eye. All the boys in my class were gone. Mary Giamanco, a girl in my class who usually teased me about my father’s cowboy hats and his drinking was the only person around. I took a deep breath, expected her to say something nasty- she had always delighted in humiliating me. Surprisingly, she didn’t. I guess the fact that every other boy took off leaving me alone to face McKay had affected her. ” It’s okay Paul, you can cry” she said softly. I shook my head and looked up at her, still wincing. She put her hand on my shoulder and said, “You were brave. You can cry, it’s alright. I won’t tell no one”. I said “I’m not crying.”  She walked with me up Mason Street, until I reached the corner of Prospect where I lived. Mary said “I hope you feel better” and turned to walk back to her house. I could see my older sister Evelyn, walking towards me. Michael had run to our house to tell her what happened. Evelyn walked me home, put a bag of ice over my eye, and gave me one of Dad’s beers. As I sipped the can of cold Budweiser I finally started to cry.