One Bloodhound who was apparently lost was running across Highway 80 East near Penryn California when a deputy from the Placer County Sheriff’s Office who just happened to be in the area witnessed the Bloodhound dodging to avoid being struck with an automobile as drivers slowed down to avoid the hitting the dog by accident. 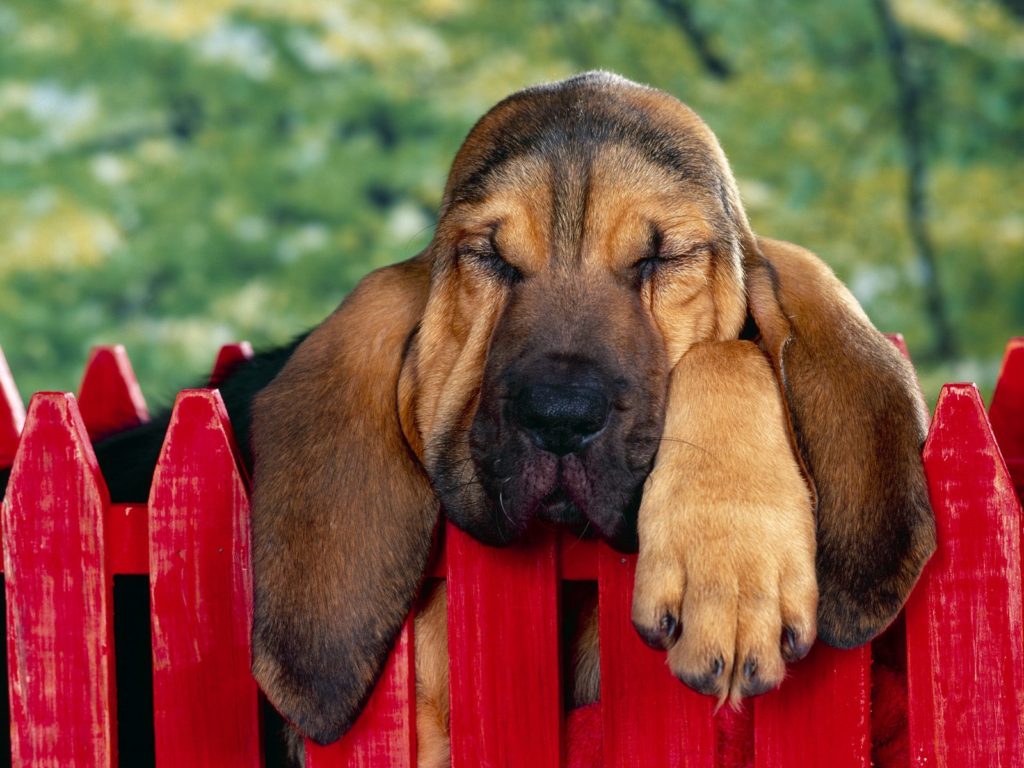 When a Bloodhound dog attempted to cross the busy highway that was going to the west, the dog was struck by an auto. The Bloodhound had his paw stuck on the rear wheel of the automobile that struck the dog.

A Placer County Sheriff’s Office deputy and a California Highway Patrol (CHIP) officer then went into the rescue of the poor dog that had a paw stuck in the rear wheel of the auto that hit the dog by using a floor jack to lift the auto and free the dog from anymore suffering and pain from having his paw underneath the tire for a short period of time.

After the rescue mission was finished the Bloodhound was then taken to the Loomis Basin Veterinarian Clinic to be treated for his injuries. The Bloodhound must have had a guardian angel since the paw that was stuck underneath the auto was not broken which could have led to the decision from the veterinarian to put the dog down so his suffering would cease.

This story has a happy ending since the owner of the injured Bloodhound showed up to the animal clinic to reunite with his pet dog who only suffered lacerations and road rash which could have been worse if the police officers did not free him with his pain on his paw from being stuck underneath a wheel of an auto..

The most likely scenario was that the dog ran away from his owner by accident either when the dog was taken for a walk or fled the house through an open door.

It is nice to know that the law enforcement officers were on the scene to rescue a dog who was in trouble when a paw was stuck underneath a wheel on a busy highway in California.