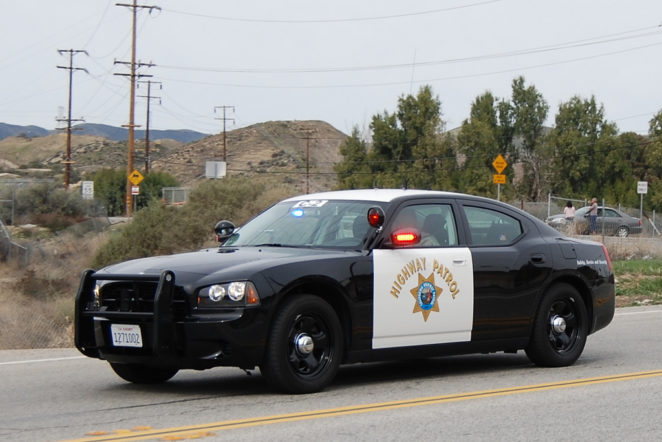 A very odd story that comes from South Lake Tahoe California happened last Thursday when the California Highway Patrol or CHP received several calls from concerned citizens that a female bear was sad that her two cubs were trapped inside a sewer.

Two police officers from the California Highway Patrol  managed to get the two cubs out of the sewer while their mom bear looked on near a tree away from the sewers where her children were being rescued by the police officers.

When the two cubs were released from their trouble spot, they joined their mother who had climbed a tree waiting for her two children to join her once again.

One of the California Higway Patrol police officers video taped the heroic act of his partner so it could be shared on Facebook for everyone to see that the highway patrol also rescue animals who are in need of a little bit of assistance from time to time.