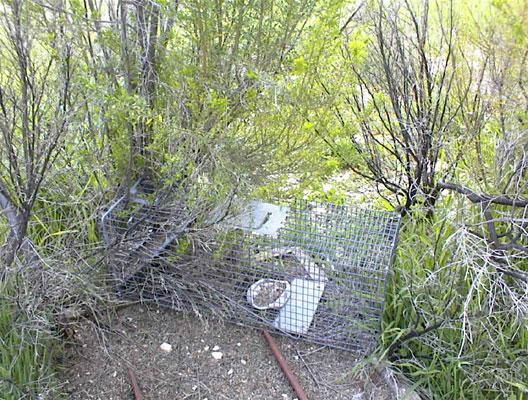 I suppose I’m not the first person to make a careless mistake. During my time gardening on our acreage in Templeton, I made a lulu. (If you are not a native English speaker, a lulu is an outstanding example of something very good or bad. This lulu was a very bad mistake.) This was in the days when I was trying to run a mail order book business fulltime and trying to keep up with my garden at the same time. To say I was over-extended doing everything myself would be an understatement. As a result, the gardening suffered. I made this mistake when a wild animal was becoming a nuisance. I don’t remember now which animal I suspected, but it may have been a skunk or opossum. The idea was to set a humane trap in the area the animal was frequenting, trap the animal, and then call the animal control department to have someone take it away. I put the trap out and baited it, but the animal never seemed to be interested in entering it. I got busy, and I forgot to put it away. It remained outside as I remained busy inside. I forgot about it for several months as the weeds grew up around it so that I didn’t notice it when I was outside. Then came the fateful day I was out getting ready to pull weeds in that area. If you are a gardener,  you know how fast some weeds can grow and what long roots some of them can have. The coyote brush is a good example of such a weed. If you follow the link you will see the actual length of the roots of even young coyote brush plants. So you can imagine my dilemma when I discovered what you see in the photo above. The trap was trapped. A coyote brush plant had sprouted under it and grown up right through the wire grids in the bottom and up through the top. This is not what I had hoped to catch. I  finally found someone who was able to free the trap for me so I could move it, but I never was able to get the door open.

Below is a recent photo of a clump of coyote brush near the border of our Templeton property. As you can see, the coyote brush is higher than the fence. You can also see we have a great view of the vineyards across the street. 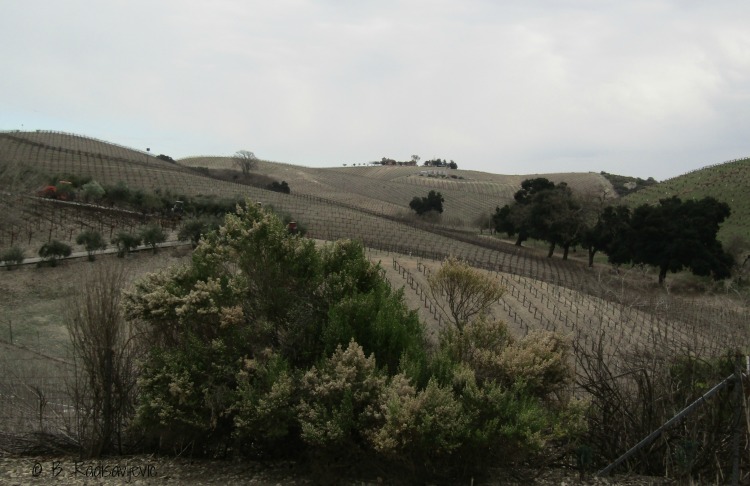 What mistake has caused you a lot of trouble you might have easily prevented?