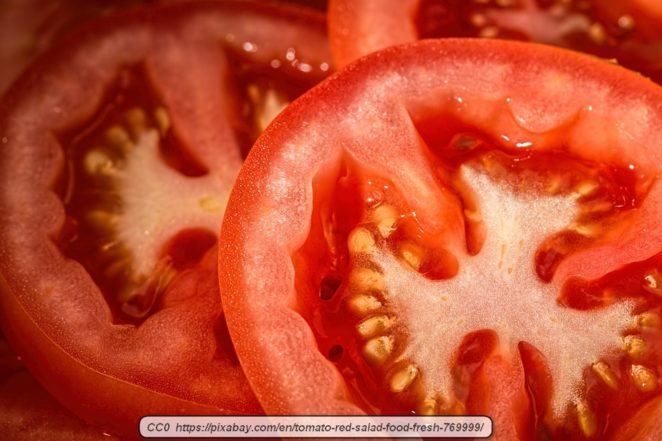 People who have eaten tomatoes right off the vine quite often will remark how much better they taste than store-bought tomatoes. There are a couple of reasons for this, but the biggest reason is one that makes a great deal of sense when you give it some thought. It is also something that we can all learn from, to keep from making matters worse. There is a major reason that store-bought tomatoes lack flavor.

The secondary reason should be mentioned first because it is the one that many people are aware of. When tomatoes are picked for shipment to stores, they are often picked when they are underripe or green. The tomato fruits never have the chance to fully develop in flavor or sugar content.

This is definitely a secondary reason, though. Even green tomatoes picked right out of the garden taste better than green tomatoes from the store, so there is more to it than just when they are picked.

What is the number one reason store-bought tomatoes lack flavor, as compared to those that are freshly picked from the garden? This may come as a surprise to a lot of people, but the biggest reason for the lack of flavor is the storage temperature.

When tomatoes are packed and shipped to stores, they are normally shipped refrigerated. Normally, the refrigeration temperatures are a bit above freezing; around 35-36 F. and almost always below 40 F. When they arrive at the store, they are usually stored at about the same temperature before they are put out for sale.

Tomatoes are soft, semi-tropical fruits. The cell walls begin to break down at temperatures of about 40 F. Additionally, at that temperature, the sugars in tomatoes begin to rapidly convert into starch. The starch isn’t as flavorful as sugar, of course, and it leads to a blander tasting and mushier tomato.

There isn’t much we can do about the methods used to ship and store tomatoes from commercial farmers to the store. However, home gardeners can be aware that tomato fruits should never be refrigerated. In fact, even people who don’t grow their own should stop putting store-bought tomatoes in the refrigerator. The longer they are refrigerated, the more flavor they lose. Yes, putting them on the counter means that the tomatoes need to be used more rapidly or canned for later use, but that is preferable to putting them in the fridge and turning them into round, red, cardboard-flavored fruits.

Incidentally, all bets are off once the fresh tomato has been cooked and canned. The cell walls are broken during cooking and whether canned or frozen, the process of turning sugar into starch is stopped.