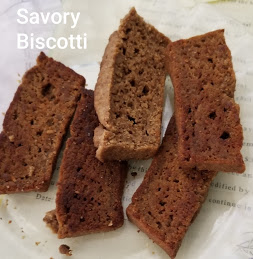 I’ve seldom bought a loaf of bread since discovering sprouted flour, which used to be sold at Sprouts Market. It came with a photograph of the farmer who grew it right on the label. Sprouted grains are way more nutritious than regular whole grains yet the flour bakes up more like white flour. Using sprouted grain completely idiot-proofed bread baking for me. No matter what strange combination of superfood I added to the dough, my loaves always turned out fine. Sprouts used to carry three kinds of sprouted flour: whole wheat, spelt, and rye.

I loved the sprouted rye best. Then suddenly Sprouts stopped carrying it, so I switched to whole wheat. Now they don’t seem to have that either. The last time I went to pick some up they said they could order the spelt for me.  So I switched to spelt. When I use up this bag of sprouted spelt I am kind of afraid to go back to Sprouts to learn whether it will be possible to get another one. For a while they did not even have this kind of flour on Amazon, and when they did, sometimes the shipping was $22!

But determined to never ever give up, I keep looking these grains up online and guess what, they are back thanks to a Canadian company called One Degree Organics. They have a new website and on it are photos and a bio on each farmer who grows their products. They have some new products, too, including  Red Fife and  Khorasan which may be a new name for kamut, both of which are available on Amazon now.

Pictured is savory biscotti resulting from a loaf of bread I made with 13 ancient grains regular flour. It came out too dense, so I put slices in the dehydrator and now it is delicious, if you like crunchy. When you have lemons, make lemonade, that is my motto. The One Degree company’s motto is “changing the world, one oven uprising at a time.”