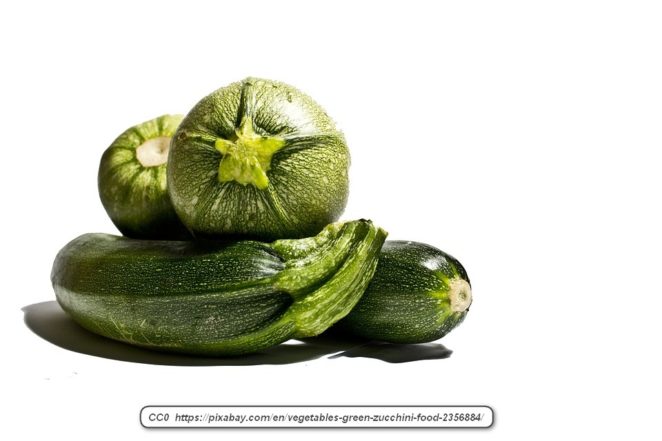 It is true that there are people who steadfastly don’t like squash, including zucchinis. I’m not among those people and I enjoy zucchinis especially. One thing that I love about them is that they tend to take on the flavor of anything they are cooked with. This makes zucchini great for stretching meals, but it also makes it superb for making such things as imitation or “mock” pineapple. The result not only tastes like the real thing, it also has the texture of canned pineapple, so it can be used in any recipe that calls for canned pineapple.

We grow our own zucchinis, so we have an abundance that costs nothing. This makes the mock pineapple inexpensive to make. The preference is to use large zucchinis, peeled and cored, though smaller zucchinis work, too. The type of preparation is dependent upon whether you want mock crushed pineapple, pineapple tidbits, or pineapple chunks.

For mock crushed pineapple, the zucchini should be shredded. For the other types of mock pineapple, it should be cut into appropriately sized pieces. The zucchini can be cooked, but I usually don’t because it becomes mushy during processing, if it is cooked. I home-can these by the half-pint or pint. This recipe makes about 4 pints or 8 half-pints of mock pineapple, and the recipe can be easily doubled or tripled.

2. Wipe the rims of the jars with a clean cloth, then affix the lids and rings. The rings should be snug.

3. Put the jars in a hot water bath so the jars are covered by about an inch of water. Bring the water to a boil and allow the mock pineapple to process for 10 minutes.

4. Remove the jars from the water and sit on a counter to cool. As they cool, the jars should seal, making an audible pop as they do. Once the jars are at room temperature, check the seals by pressing down on the center of each lid. If the lid is sealed, it shouldn’t give at all. Only sealed jars should be stored.

Note: When the jars are sealed, loosen the rings a little. This will make it much easier to take the rings off when the mock pineapple is used.

The mock pineapple should sit for at least a week prior to use, to make sure that the zucchini has taken on the flavor of the pineapple juice. The zucchini tastes even more like pineapple with time, so if it is stored for a month, it should be difficult to tell the difference between the mock pineapple and store-bought pineapple in most recipes.

One warning, though. Since pineapple juice is acidic, before using any of the mock pineapple, be sure to again check the seal to be certain that it has been maintained. Acidic foods can lose the seal after a while.

Mock pineapple is easy to make and it is nearly indistinguishable from the real thing when used in cooking. This is just one of the many fantastic ways to use zucchinis or courgettes.