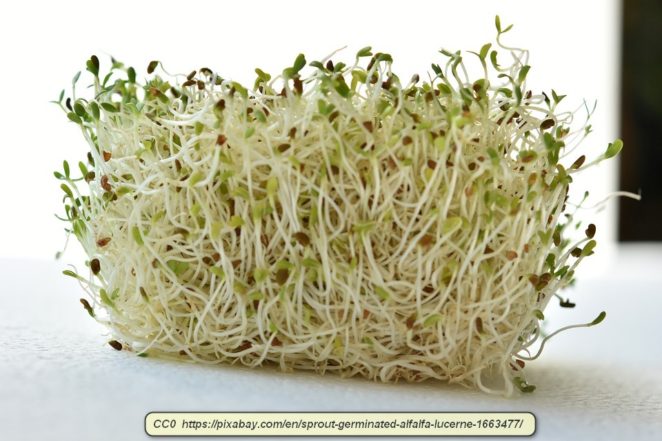 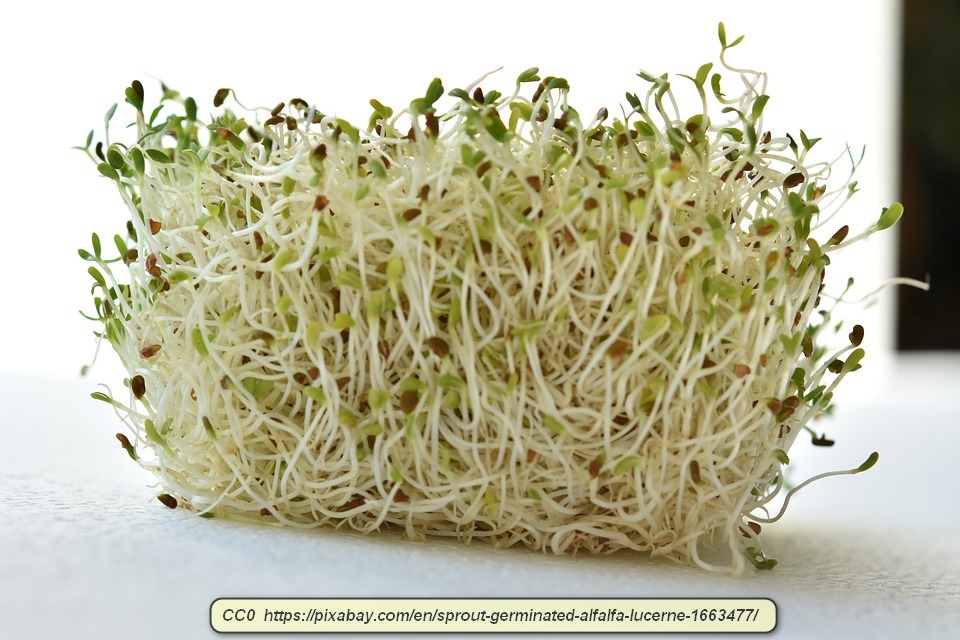 Alfalfa sprouts are a good addition to a healthy diet and they aren’t hard to grow, even for people who live in apartments. They have a slightly nutty flavor that is great in green salads and on meat sandwiches. Alfalfa sprouts even have medicinal uses, as can be figured out from the scientific name, Medicago sativa. Alfalfa is often called lucerne in many parts of the world outside of the US.

A large amount of alfalfa is grown in the US and elsewhere, however, the plant originated in Persia. Currently, alfalfa is primarily used as high-protein hay for horses, cattle, and similar animals. The leaves make a very good and agreeable tea, however.

A description of the plant will be forgone since the object here is the growing and eating of the sprouts. It is useful, however, to know that alfalfa is a legume, just as garden peas and clover are. Alfalfa is also a perennial and comes up year after year. 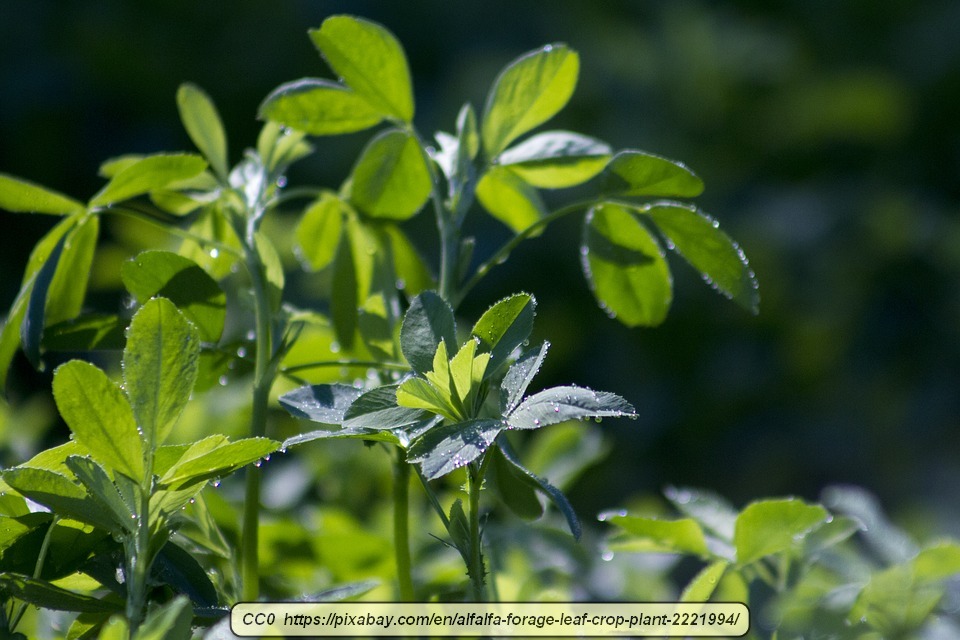 To sprout alfalfa, all you need is the alfalfa seeds, a quart canning jar with a ring, some cheesecloth or similar fine fabric and water.

Put a cup of water that is at room temperature into the jar. Add two tablespoons of alfalfa seeds into the jar and let the jar sit overnight.

Drain out the water through a filter or some of the fine cloth. The seeds can be swished around in the jar while draining because it is great if they stick to the sides of the jar, to keep them from clumping together. Keep the jar on its side in a location where the temperature is around 75 F / 24 C or slightly more, with fabric over the top, held on by the canning ring. This lets the seeds breathe.

Rinse the seeds twice a day with water, again at room temperature. Sprouting usually begins within a couple of days. After about five days, set the sprouts someplace where they get sunshine, for at least a half hour or so. This increases the healthiness of the sprouts. At this point, the jar should be full of sprouts and they are ready to eat.

Alfalfa sprouts contain tricin and carotene, which are anti-oxidants. There is some indication that eating the sprouts can help prevent or treat cancer. The sprouts are also used to help people lose weight, to lower cholesterol by blocking the absorption of cholesterol into the bloodstream, for stomach ulcers, to help treat diabetes, to treat arthritis and to help with asthma. It can calm an upset stomach and may be useful for liver, kidney, bladder and prostate problems.

Alfalfa sprouts have an incredible glycemic load of 0, so they are ideal for diabetics. A cupful has less than 8 calories and it actually contains more protein than carbohydrates. Alfalfa sprouts also contain fiber. All of this makes them great for dieters. Incidentally, they also contain no cholesterol.

It should be noted that despite being eaten for thousands of years, not very much scientific study has been done on alfalfa sprouts and research is continuing. However, women who are pregnant or breastfeeding shouldn’t eat alfalfa sprouts. The sprouts haven’t been proven to be dangerous to these individuals, but it is a good idea not to take chances. Also, don’t eat the sprouts if you are taking Warfarin because this herb contains very high levels of vitamin K.