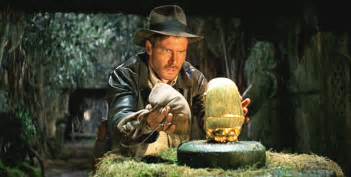 First off, this is a movie that I have watched many times. It is my favorite of the four Indiana Jones movies (my second is Last Crusade) the other two are not movies I watch often. I do often watch Radiers, and I’ve watched Last Crusade Several times.

The movie, introduces us to Dr. Henry Jones Jr, or Indiana as he is more commonly called. We find out later that the nickname Indiana was selected by Dr. Jones Jr, and was actually the name of the dog he had as a young man.

Raiders is an action movie, set in the time of WWII. The villains in this movie are the Nazi’s although the worst bad guy is actually a French Archiealogist that is Indiana Jone’s main rival.

I won’t spoil anything in the actual movie.