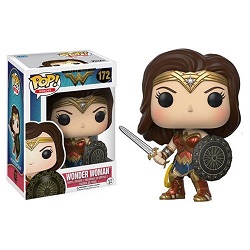 Patty Jenkins who directed the blockbuster movie “Wonder Woman” has yet to be signed by Warner Brothers studios to direct the sequel to the movie that in the opinion of many movie experts, saved Warner Brothers Studios from having a bleak future in making more super hero movies in the future.

Actress Gal Gadot who played the Wonder Woman character will return to resume her role as Wonder Woman in the upcoming “Justice League” movie that comes out in November 2017. Gal will also be starring in the Wonder Woman sequel which is good news for her fan base.

Now I do know the saying “What do you do for an encore?” with the success of the Wonder Woman franchise which means that the studio will have to find new challenges for the next Wonder Woman movie that will probably not have the services of Steve Trevor who was acted by Chris Pine. Trevor dies at the end of the Wonder Woman movie which likely means Pine will not return to the sequel. But then again remember the slogan “Never say never again.”

Now from my viewpoint I am a fan of the original Wonder Woman character played by actress Lynda Carter on television since her character was knocked down in battle. Like the super trooper than she is, she managed to beat her enemies at the end of her battles. Okay, so I do march to the beat of own drummer.

Maybe I am a rebel at heart since I like super hero characters that are light hearted like the late Crimson Grasshopper. My favorite Wonder Woman who is on the You Tube channel show called “D C Super Hero Girls” which is voiced by Grey Griffin makes me laugh she has to work with other super heroes at Super Hero High School who give her a hard time with their pranks.

Now maybe I can have Wonder Woman work with my original characters The Ladies Of Portobelo who are identical twins Donna and Debi Isthmus and their close family friend Panama Squirrel in the fan fiction story named “Super Heroes: The Search For Trevor”.

Nevertheless my hat is off to Patty Jenkins and Gal Gadot for their work on saving the super hero world in Hollywood.