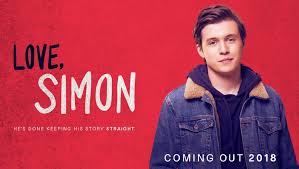 Today’s movie review is of a Romantic Comedy. My wife and I both love ROMCOMs. The twins, however, do not normally like ROMCOMs. In the case of Love Simon, they both wanted to see it. A coming of age story told from a perspective that is often not shared I won’t give away any spoilers other than to say the movie was well cast. Each person played a critical role not only in building out the movie but also in providing the backdrop of both the interactions and the people.

The movies lead, Simon, tells his story through a series of emails sent to a person he does not know. Over the course of time, the two form a bond and the emails become more about how and what they feel as human beings. The movie gently plays out the story and doesn’t give you the Hollywood Happy ending right away. First, there has to be turmoil.

Tension is critical in ROMCOMs.

If you do, like I do, love ROMCOMs then Love Simon is a great movie to go to. You get a hero who rises and then falls only to rise again.