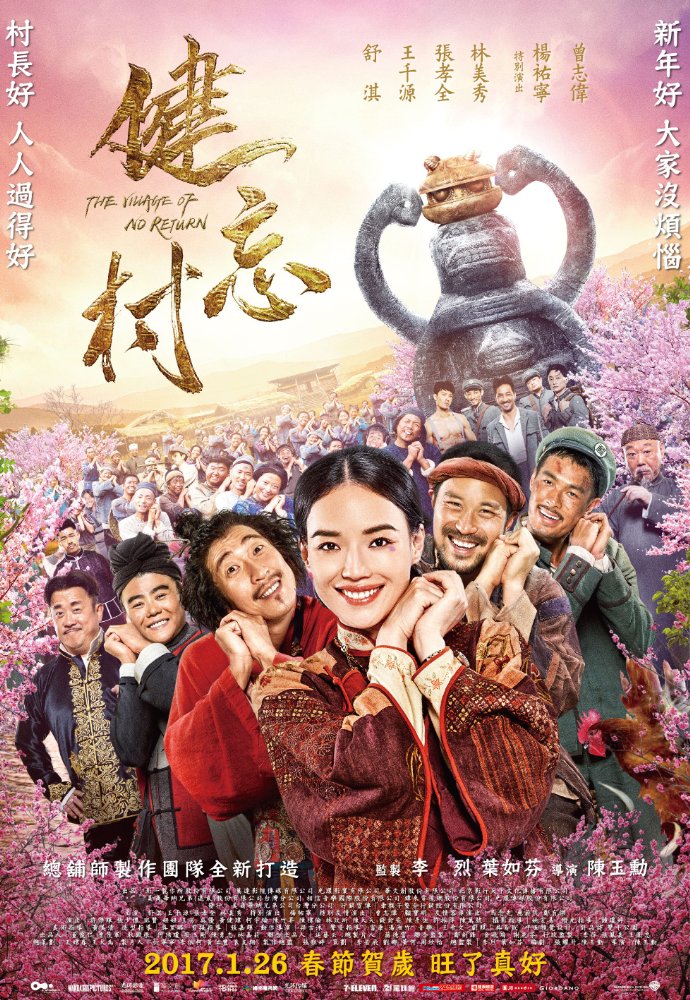 This is my first attempt writing a movie review in a “style” that I usually don’y. I’m not sure how this will turn out so please be nice.

I usually try to avoid Chinese New Year “festive” comedy films. I just have the impression that their plots are kind of repetitive and sometimes silly.

The Village of No Return is however very different from the usual festive films. I guess because Satire is pretty rare during Chinese New Year.

Though the plot is not strikingly innovative, it’s pretty creative and the humour is not too lame.

“Desire Village” is in danger – A rich landlord plans to destroy the village in order to take over the land which is believed to have good feng shui.

Though he failed, the village is not safe yet. A monk, Tien has entered the village with the aim to wipe out the villagers’ memories with his magical machine, the “Worry Ridder” and takes control of them.

Different from most comedies which depended a lot on “local” or “insider” jokes, The Village of No Return proves that jokes and humour can be international if well executed by not including much insider jokes.

In fact, the director decide to let the humour comes in a natural way through the plot and not force it on the audiences.

That is of course impossible without the help of the cast. The cast have very good grasp of comedy rhythm and exaggeration. They prove to be a group of very versatile actors/actresses who not only do well in their comedic scenes but also their emotional ones.

But under all these humour, there is a message. Many of us wish to be rid of some of our memories, mainly the negative ones, but isn’t these experiences what that made us and grew from?

Would you really want to get rid of them if it mean that you will become “soulless” and “empty”?

I always believe that satire is one of the most difficult genre to make, but the director(Chen Yu-hsun) made excellent choices in his directions and frames.

There are a lot of creative effects like the last fight towards the end of the movie. It’s mainly in slow-motion, exaggerating the movements which although takes some excitement away but compensated it well with a sense of humour which suits the theme of the movie.

However, I do feel the message could be a little stronger because it did get a little blurred in the middle whereby more characters are introduced. Chen might be a little too ambitious and tried to include too much in a 116 minutes movie that things lose focused for a while.

Fortunately, it’s not too distracting and the pace is quickly picked up again.

The Village of No Return surprised me in many ways. It’s entertaining, funny and very enjoyable. This is one movie that you can watch together with your family including your little ones and everyone can have a good laugh.