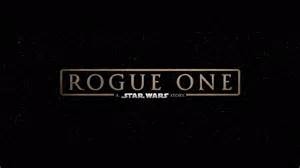 (Rogue One poster from Disney).

In 1977 I, along with all of my friends, stood in line several times to watch the epic new movie from Director George Lucas. We were unsure of his vision. We did, however as hard core science fiction buffs want to see his new movie.

Star Wars burst onto the scene and changed the world.

It is a movie that offers action, adventure and heroes defying all odds to win at all costs. The ending of the movie overall is very sad, but Rogue One is a definite must see the movie!

I do freely admit that after more than 40 years I am a Star Wars Fan Boy. But I loved the movie!!!!