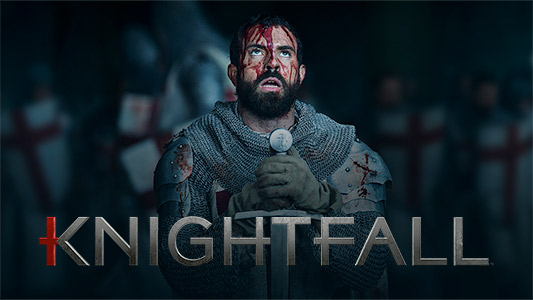 Knightfall is a fiction drama TV series based on historical aspect created by Richard Rayner and Don Handfield for the History channel. Premiered on December 6, 2017 in the United States, this series was filmed in Croatia and Czech Republic.

The series runs for 10 episodes on its first season (season 2 has not yet been announced). Knightfall as you may think, may recounts all about the stories of Knights Templar, how they fell, persecuted and being burned at the stake as orchestrated by King Philip IV of France way back on October 13, 1307. Nonetheless, this series is quite not all about those holy warriors called Templars, but it focuses on the fictional leader of them, named Landry du Lauzon, who has been chosen as the next Templar Master after the death of his foster father Godfrey who was once also like him. 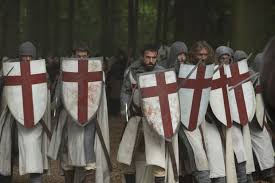 Despite of being a celibate once you are a Templar, Landry managed to keep his secrets from his brotherhood, including his prohibited and adulterous intimacy to the queen of France. Templars are considered as sworn guardians of the ancient relic called Holy Grail, said to be the cup of the Last Supper and at the Crucifixion that had received blood flowing from Christ’s side. It is believed to grant a holy healing once someone will drink water from its cup. 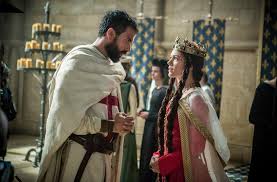 The series is played by 4-time award-winning Welsh actor Tom Cullen (Jonas of Black Mirror/ Russell of Weekend/ Guy Fawkes of Gunpowder/ Jake of 100 Streets/ Mark Wells of the Five/ Nickie of The Other Half/ Anthony Gillingham of Downtown Abbey/ Richard Harrington of The Last Days on Mars/Wulfric of World Without End) as Landry, a Templar master chosen to protect the legendary relic called Holy Grail with the Brotherhood of Light; 4-time award winner English actor Jim Carter (Cogman of Transformers: The Last Knight/ Charles Carson of Downtown Abbey/ Ralph Bashford of Shakespeare in Love/ Executioner of Alice in Wonderland/ John Faa of The Golden Compass/ Nish of Ella Enchanted/ Detective Armstrong of 102 Dalmatians) played the role of Pope Boniface VIII, an avuncular man who acts as an incorruptible force within a corrupt medieval world who is also sworn to protect the Holy Grail. 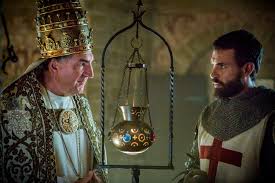 Award-winning Irish actor Padraic Delaney (Sundance of Blackthorn/ Beglan of The Man Who Knew Infinity/ Lucas Galin of Dark Touch/ George Boleyn of The Tudors/ Teddy of The Wind That Shakes the Barley) played the role of Gawain, Templar’s greatest swordsman who was crippled by leg injury sustained whilst protecting Landry at the Siege of Acre. British actor Simon Merrells (Ben Talbot of The Wolfman/ Crassus of Spartacus: War of the Damned/ Julius Caesar of DC’s Legends of Tomorrow/ Julian of Dominion/ Jack Spot of The Rise of the Krays/ Vincent of The Musketeers/ Hugh Bathory of The Tomorrow People/ Mark Vega of Judas Ghost) played the role of Tancrede, a veteran Templar who became leader of the Brotherhood of Light, a mythical group who also sworn to protect Holy Grail. 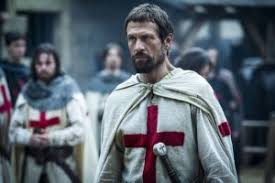 Award-winning English actor Julian Ovenden (Charles Blake of Downtown Abbey/ Jeremy Lambert of Person of Interest/ Roman of Colonia/ Bobby Kennedy of The Crown/ Capt. Gabriel Jackson of Allies/ Capt. George von Trapp of The Sound of Music/ President John Kennedy of Smash/ Novak of Charmed) played the role of William de Nogaret, a scheming counselor of King Philip who plays as one of the antagonists in the series. Canadian actress Olivia Ross (Mademoiselle of War & Peace/ Hermia of Shakespeare’s A Midsummer Night’s Dream) played the role of Queen Joan, wife of King Philip who has illicit love affair with Landry. Another award-winning English actor Ed Stoppard (Dr. Will Campbell of Home Fires/ Tony Longdon of The Crown/ Lord Daniel Harvey of The Frankenstein Chronicles/ Lemay of The Musketeers/ Lieutenant Addis of Nanny McPhee Returns) played the role of King Philip IV, a vengeful king of France who has also the lust to claim the Holy Grail. 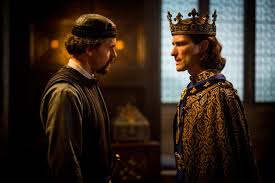 English actress Sabrina Bartlett (Handmaid of Game of Thrones/ Sophia of Da Vinci’s Demons/ Mathilde of Versailles/ Keren Smith of Poldark/ Quayle’s Ward of Doctor Who/ Katie of The Passing Bells) played the role of Isabella, a princess and daughter of Queen Joan and King Philip. Parsifal, a young peasant farmer who later became an intern to become a Templar after his soon-to-be-married woman named Marie was killed. He is played by an English actor Bobby Schofield (Tobin of Black Sea/ Bill Dalton of The Catcher Was A Spy). 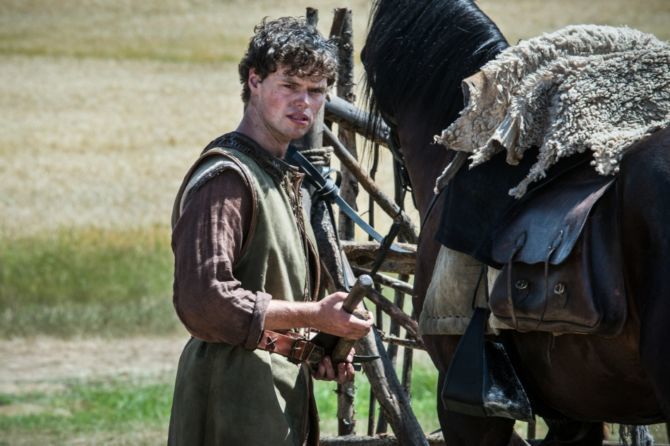 The series had struggled a bit during filming when on August 26, 2016, a fire broke out at the backlot of Barrandov Studios in Prague, Czech Republic, that destroyed their exterior sets for the said series, with an estimated damage of $4.5 million. What was left was a small part of the set that represents a medieval city.

Based on the review aggregation website Rotten Tomatoes, Knightfall has an approval rating of 63% based on 15 reviews, with an average rating of 5.25/10. However Metacritic, another reviewer site, which assigns a normalized rating to reviews, weighted an average score of 60/100 basing on 16 critics and indicating “mixed or average reviews.”  Only 2/6 Top Critics published a favorable review. According to Maureen Ryan of Variety, a weekly American entertainment trade magazine, said,

“This is a lumpy, awkwardly paced, derivative show that doesn’t boast much in the way of impressive visuals or engaging characters. Those looking for a little light history will also likely be disappointed; the story’s scattered nuggets about the context and history of the Templars are not typically made compelling in any way”. 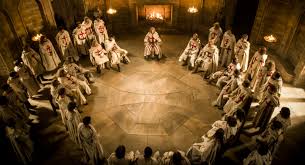 Though this series got a small rating on the previous review aggregator sites, and even IMDB gave this series a star-rating of 6.5/10, I’ll prove them wrong. For me, this series is one of my personal favorite among the historical series I’ve watched so far. Though Landry is a fictional character and not really a part of historical figures, yet the writers managed to make a revolving story that ended up some same incidents that took part during Queen Joan’s role as one of the woman regnants of France centuries ago. Every episode on this series has suprising twists that will make you more adamant to watch on its next episodes. Though season 2 has not yet been officially announced since it got low ratings, but I think this series will still come up. One of the best series for me that combines history, drama and mystery including reintroducing Holy Grail, an ancient relic supposed to get cursed anyone who has it, where it was also featured in movies like Indiana Jones. Though some hated this series since accuracy of the events in the history were not as candid as they were based on historical facts, yet the purpose of this series is to bring a message that love is a powerful force that’s wield to everyone’s hearts that even kingdoms could not conquer the very part of it — not even powerful men or kings can ever break a sworn promise that is made intact by two lovers destined to be as one. This is a truly inspiring story about love, conquest, and power. I give my 9.3/10 for this series. Amazingly produced with a purpose. Two thumbs up! I strongly recommend!