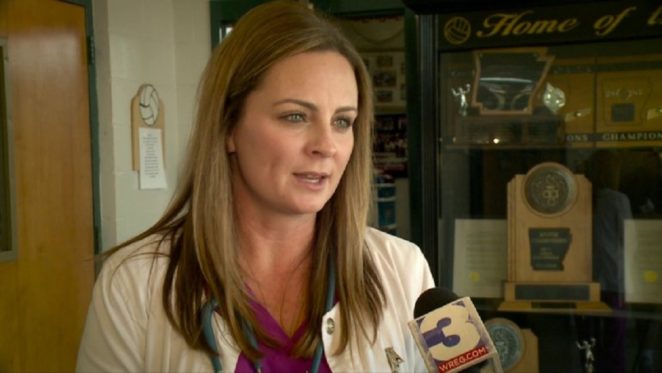 Kelly Fogelberg who has 21 years of service as a nurse was at that right place at the right time last week when she was attending a high school volleyball game since she has friends at the high school which is located in Marion Arkansas.

By the time Kelly was able to speak to the patient, his heart stopped beating as he passed away. Kelly then went into action by using her nursing skills to work by using CPR in an attempt to revive the man.

Someone in the stands called 911 to have then send an ambulance at the high school gymnasium. Another nurse then assisted Kelly by grabbing an automatic defibrillator which is an instrument that is used to kick start the heart to beat once again.

It is through the grace of God that the elderly man was able to live once again. The elderly man when he recovered from his near death experience admitted to Kelly that was he confused to what happened to him.

The medical personnel then took the elderly man to a local hospital where his condition improved after his brush with death.

Kelly insists that she is not a heroine. She was just doing her job to heal the sick. I like the way she tells people to follow her example to help others in need.