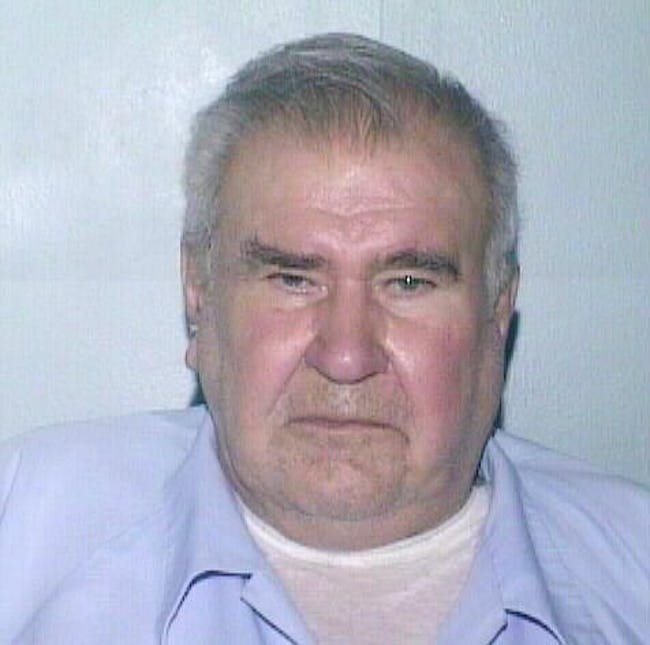 William Heirens in a 2004 mug shot courtesy of Wikipedia

Have you even heard the phrase “Catch me before I kill again”? Those words are a paraphrase of a message left on a living room wall by William Heirens. Since the message was written in lipstick, Heirens became known as “The Lipstick Killer”.

Heirens committed several brutal murders on the North Side of Chicago during the 1940s:

Heirans was not your typical serial killer. He was a 17-year-old engineering student at the University of Chicago. (The school is located in Hyde Park on the city’s South Side, not anywhere near the sites of the murders. Leopold and Loeb, two other famous Chicago killers, also attended the University of Chicago.) However, it was not the first time Heirans was in trouble. He had been in reform school twice for burglary.

Heirans was arrested on a charge of attempted burglary on 26 Jun 1946. He was apprehended trying to break into an apartment. When he was arrested, he attempted to shoot a police officer in the head but his gun misfired. He was questioned for six days without being allowed to eat or drink. He was also beaten and not allowed to sleep during his interrogation. He was not allowed access to a lawyer. On day five he was given a lumbar puncture without benefit of anesthesia.

The police tried to give him a lie detector test but he was in so much pain the results were inconclusive. Under the influence of sodium pentothal he said that “George Murman,” his alter ego, whom he “met” at the age of 13, was responsible for the murders.

Handwriting analysis failed to link Heirans to the lipstick on the wall and the only fingerprint evidence could have been a match for 65% of the population. It was a nine point match at a time when the FBI handbook recommended a twelve point match.

Heirans’ residence at the dormitory was searched and a medical kit was found. No trace of blood, skin or hair was found on any of the instruments. Heirans was using the tools to alter stolen war bonds.

Police never looked for the butcher knife which Heirans said he had disposed of along the EL tracks. Reporters found out from track workers that they had found a knife and put it at the storage facility at the Granville station. It was determined that the knife belonged to Guy Rodrick whose stolen gun had been found in Heirens’ possession.

The prosecution knew there was little chance of a conviction so they sought the help of Heirens’ defense counsel. Heirans’ was offered a life sentence if he confessed. He took the deal. On 07 Aug 1946 Heirans pled guilty to three counts of murder. He tried unsuccessfully to hang himself in his cell.

On 05 Sep 1946 Heirans was sentenced to three life sentences. The judge asked him if the Degnan girl had suffered to which Heirans responded, “I can’t tell you if she suffered, Sheriff Mulcahy. I didn’t kill her. Tell Mr. Degnan to please look after his other daughter, because whoever killed Suzanne is still out there.”

Heirans started proclaiming his innocence days after his sentence. Mary Jane Blanchard, the daughter of Josephine Ross, said she believed him.

On 26 Feb 2012, at the age of 83, Heirans was taken from his cell in the Dixon Correctional Center to the University of Illinois Medical Center where he died on 05 Mar 2012.