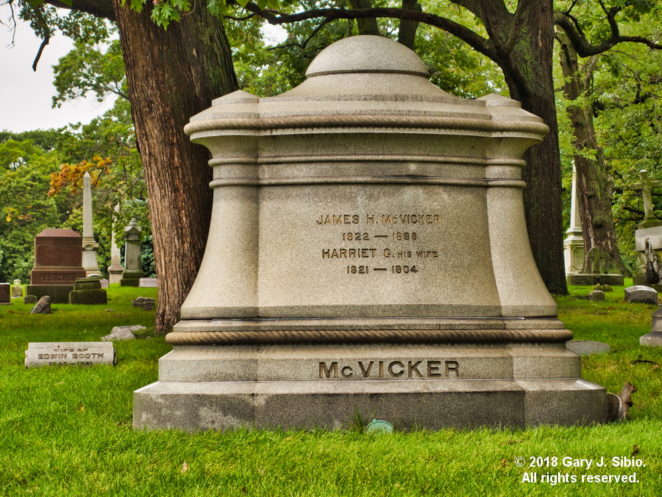 While taking a drive through Rosehill Cemetery a few days ago, my wife and I came across this grave. I wondered aloud if the McVicker buried there my be the McVicker of McVicker Theater fame. It turns out that it was the same man. 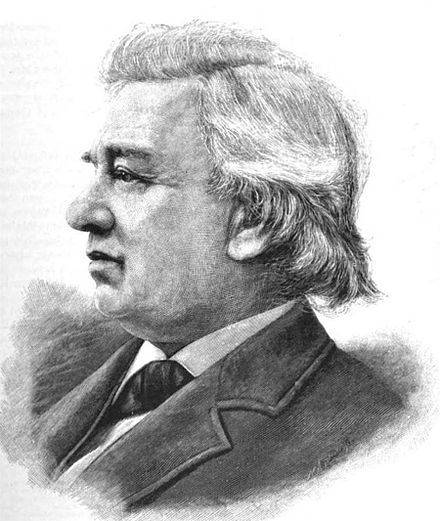 James Hubert McVicker was born to Scottish immigrants in New York City on 14 Feb 1822. His father died that year so he did not have a lot of the advantages we take for granted. For example, he had very little formal education. At the age of 10 he began to apprentice to a printer with whom he spent five years. He was able to secure a position as a journeyman printer in St. Louis so he moved out west. At nights he studied on his own so he could pursue his dream to become an actor.

He landed some minor parts in New Orleans in 1840, eventually getting bigger roles. In 1848 he appeared in Chicago at the Rice’s Theater located in a small building on Randolph Street. By this time he had married Harriet who was a year older than him and had been previously married. Harriet was also performing at Rice’s Theater but in a different play.

The couple took off for a tour of Europe hoping to become famous. When they returned to America, they went to St. Louis where James managed a theater. In 1857 they returned to Chicago where they spent the rest of their lives. 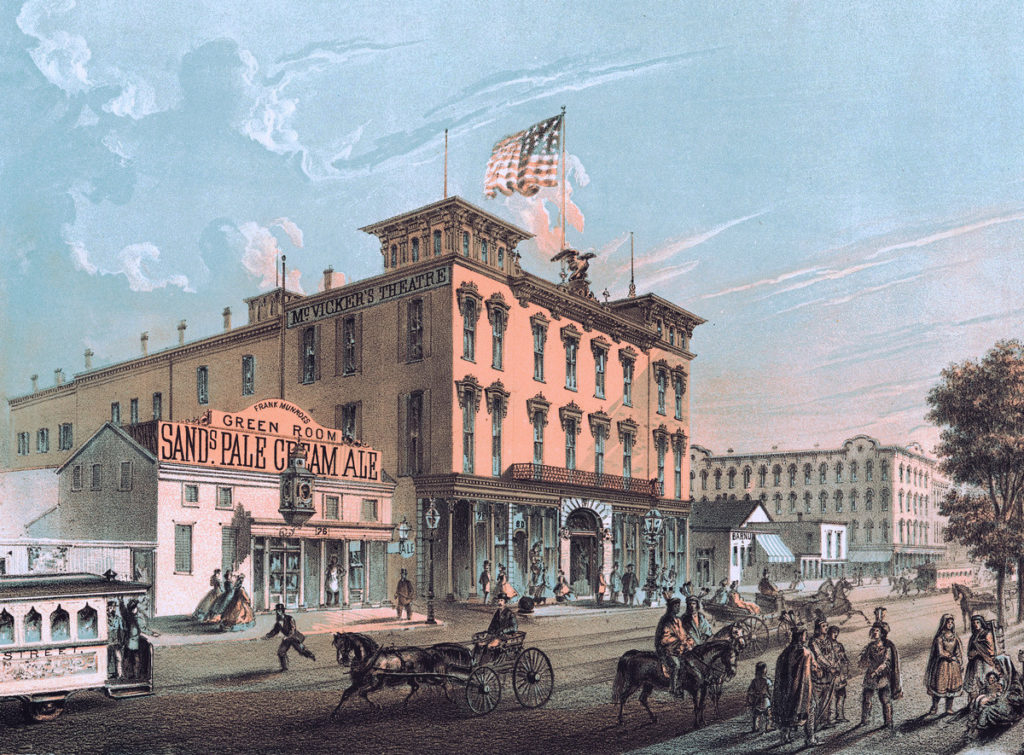 James decided that he wanted to build the biggest and best theater Chicago had ever seen and sought financial help from Potter Palmer, Marshall Fields and W.W. Kimball. The theater cost $85,000 to build and was a great success. In 1862 an actor by the name of John Wilkes Booth performed in Shakespeare’s “Richard III.” Unfortunately it burned in the Great Fire of 1871.

McVicker rebuilt. The new theater cost $200,000. when Sarah Bernhardt made her first tour of America, she opened the tour at the McVickers.

James died on 10 Mar 1896 and was buried at Rosehill Cemetery. Harriet died on 25 Aug 1904 in Pasadena, California. Her body was returned to Chicago to be buried with her husband.

Among his other honors, McVicker has a street named for him in Chicago. It runs north-south at 6032 West from 7347 North to 6258 South. It’s not a major street but it is fairly long.

The other photos are in the public domain.