Again, I was inspired by a movie that I watched on the tube entitled “47 Ronin” with the main character played by Keanu Reeves. This movie was action packed, with excellent special effects but also filled with characters that did not really exist. For example, the first frames of the picture with a mythical looking beast and the witch, which could disappear or transform herself in a huge dragon like serpent, of course never existed. As such the movie was loosely based on a real historial event which happened in Japan in the year 1701-1702. The story of the “47 Ronin” is legendary and inspired almost 100 movies and several books, most of them Japanese. It was also one the best representation of the feodal lifestyle and customs of Japan.

I enjoy Japanese culture prior to the 20th and 21th century. Their passion, their sense of duty, order, sacrifice, devotion and honor is admirable to this day. The story of the 47 Ronin is also known as “Chushingura” or “tale of the royal retainers” . Before I start let me clarify what a “ronin” was: it was a samurai without a master either brought on by the death of the master or his ruin or whatever other reason there might be, so literally a discharged or demoted samourai. 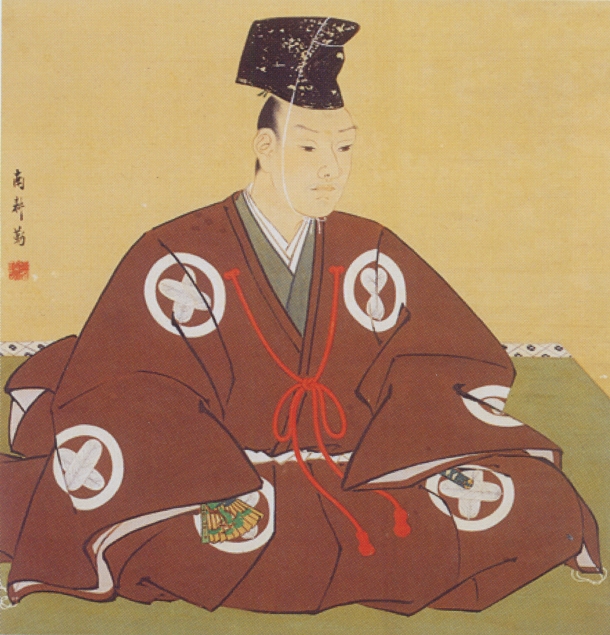 In 1701, two daimyos (vassals of the shogun) are called to go to the Shogun’s court in Edo. The Shogun was the military dictator of Japan anywhere between 1185 to 1868. The two daimyos are named Kamei Korechika and Asano Naganori. Asano was the daimyo of the fief of Ako in Hartima province. They are charged to organise a welcome ceremony for the processional retinue of emperor Higashiyama who was coming to attend the meeting of the daimyos at the Shogun’s court. Kira Yoshinaka, the master of ceremonies, was to instruct them in the very rigid court etiquette. However, Kira being corrupt and of dubious personality, is particularly ill-disposed towards them and even becomes arrogant towards the two daimyos. Kamei is almost disposed to kill off Kira but is turned off by his advisors. 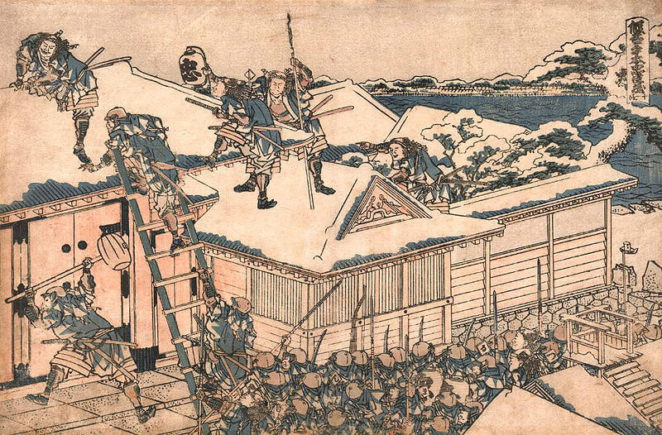 So Kira now carries his aggressiveness towards Asano. Finally Asano snaps and draws his sword wounding Kira till the guards run in to separate the two opponents. To dare attack a high ranking Shogun officer in the fortress at Edo within the confines of the Shogun’s palace with a drawn sword was a death penalty offense. Asano is then forced to commit his seppuku (Japanese ritual suicide) on the spot. As soon as Asano is pronounced dead, all his belongings are confiscated, the Ako fief comes back to the Shogun and Asano’s samourai become “ronin”, without a lord and master.

The 47 now ronins, including their leader Oishi Kuranosuke, cannot admit to themselves that the death of their lord would go unavenged even though vendetta is strongly prohibited in the Japanese medieval system. It is therefore in full knowledge of the heavy penalty that they might incur that they unite in a secret oath: they will avenge the death of their master by assassinating Kira.

To reassure Kira and the other Japanese dignitaries of the Shogun, the ronins disperse themselves and become merchants, monks and artisans.  All they wanted to do for now was to calm the vigilance of Kira’s spies and Kira himself and hide the fact that they arboured vengeance. 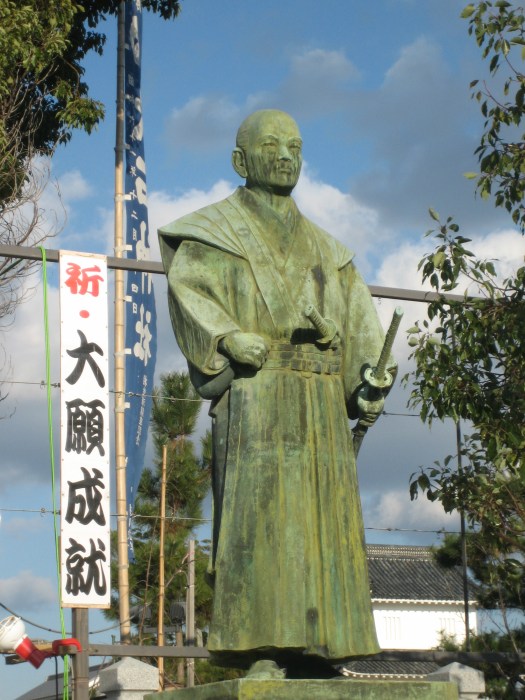 All the actions of the 47 ronins are reported to Kira and as such calm his mistrust. In fact, to Kira, it appears that the clan of Asano is nothing but a bunch of down on their luck samourais that did not even want to avenge their leader’s death. Because the 47 ronins looked so innoffensive, after one year and a half, Kira stops his monitoring of them.

That is then that the old vassals of Asano gather in Edo and under the guise of merchants, monks and artisans gain entrance to the residence of Kira where they familiarize themselves with the layout and the personnel of the house. One of them even manages to procure the elaborate defense system plans of the house of Kira. Other ronins gather arms and introduce them in Edo in the strictest illegality always under the intelligence of Oishi, their leader.

In December of 1702, Oishi Kuranosuke is persuaded that the situation is now suitable and that Kira does not suspect anything and joins his fellow ronins in a secret hideout where they all renew their oath to avenge the death of their lors Asano. The assault starts on the house of Kira at dawn of the 14th of December 1702 amidst a snowstorm. Their plan is well laid out. Divided in two groups of ronins each armed with swords and large bows, the first group, under the leadership of Oishi was to attack the main door while the second group, under his son Chikara, was to take the house of Kira per se. Oishi orders 4 ronins to climb the fence and neutralise the doormen. Archers are put in position so as not to let anyone escape and sound the alarm.

Everything is ready and the assault starts on the house of Kira itself where 10 of Kira’s men are killed by Chikara. Kira, terrified, flees with his wife and hides himself in a recess at the bottom of the veranda. Kira’s men meanwhile attempt to enter the house to rescue their master but are unable to. They then try to send messengers to get help but these are killed by Oishi’s archers. After a furious battle, the last man of Kira is restrained. Sixteen of Kira’s men are killed, 22 were wounded but Oishi and his ronins still could not find Kira even though his bed is still warm. Upon doing a thorough search of the house they find Kira behind a huge tapestry in a passage leading to the interior court. Kira is then identified as the one they seek by Oishi as he looks at the scar that Asano had inflicted him. Oishi, as a samurai in front of a lord, kneels in front of Kira, explains to him that their intention and offers Kira the choice to die honorably as a samurai by committing seppuku. Kira is petrified with fear and Oishi and his group realize that it is in vain to wait for any response. Oishi charges a ronin to make Kira kneel and decapitates him. Then they leave the house with the head of Kira. On their way back, Oishi instructs a ronin to carry the news to Ako to make sure everybody knows that revenge has been sought and carried out.

The news reached Ako and people started lining the road to witness the 46 ronins, in their tattered and bloody clothes, carrying the head of Kira as they walked to the Sengaku-ji temple. There they washed the head of Kira in a basin to purify it and place it on Asano’s tomb along with the sword that cut his head. Then the ronins prayed and donated all their belongings to the temple and tell the temple’s leader to prepare for new funerals and prayers.

Having conformed themselves to the Bushido’s warrior code of conduct that called for vengeance but at the same they had violated the prohibition of carrying vendettas that had been enacted by the Shogun in Edo, 46 Ronins are ordered by the Shogun to commit seppuku rather than being treated as criminals. This is Genroku 15, on the 19th of December that 46 Ronins disemboweled themselves and were buried at Sengaku-ji temple where they are still honoured to this day. The last ronin was spared due to his young age. 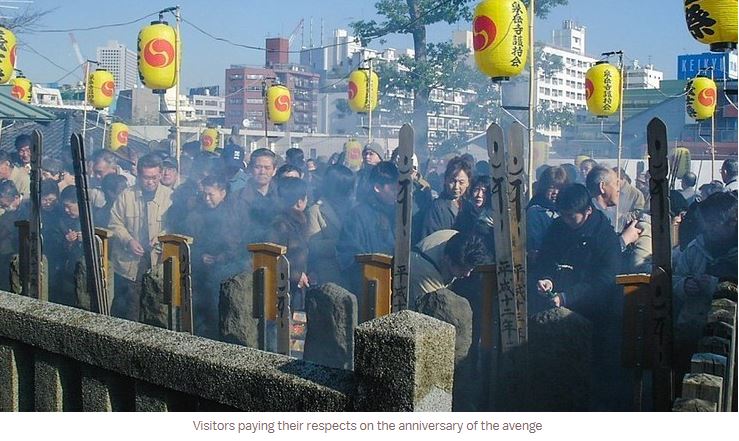