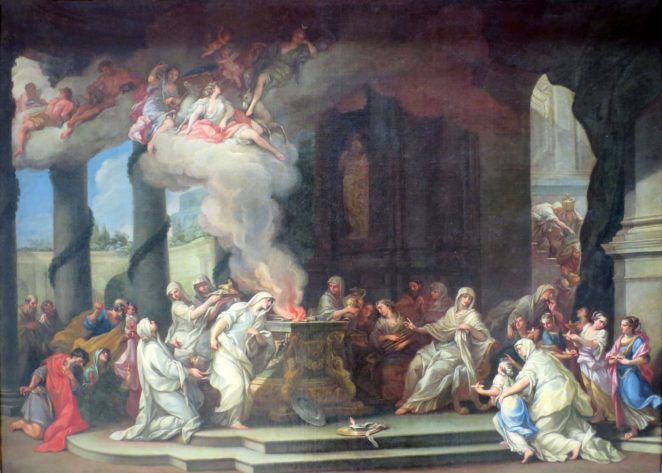 The Vestal Virgins were a Roman institution that was reputed to have begun as early as the reign of Numa, the supposed second king of Rome who, according to legend, succeeded Romulus in about 715 BC and died in about 673 BC.

It is said that Numa was a Sabine, from the neighbouring tribe to the Latins, who brought the cult of the goddess Vesta with him. Vesta was the goddess of the hearth and in her temple burned a sacred flame that was never allowed to go out. It was the duty of the priestesses known as the Vestal Virgins to protect the flame and keep it burning.

Originally there were four Virgins, but their number soon increased to six and stayed that way right through to the end of pagan Rome. They were often chosen when still children, sometimes as young as six years old.

Vestal Virgins was required to serve for 30 years. During the first ten years they learned the rituals that went with the job, for the second ten they practiced them and for the third ten they taught them to the next generation of recruits.

During their 30 years they were required to remain pure and virginal, but were free to marry once their time was up. However, despite being virgins they would be in their late thirties or early forties when this happened, and their chances of making a good match were severely restricted. 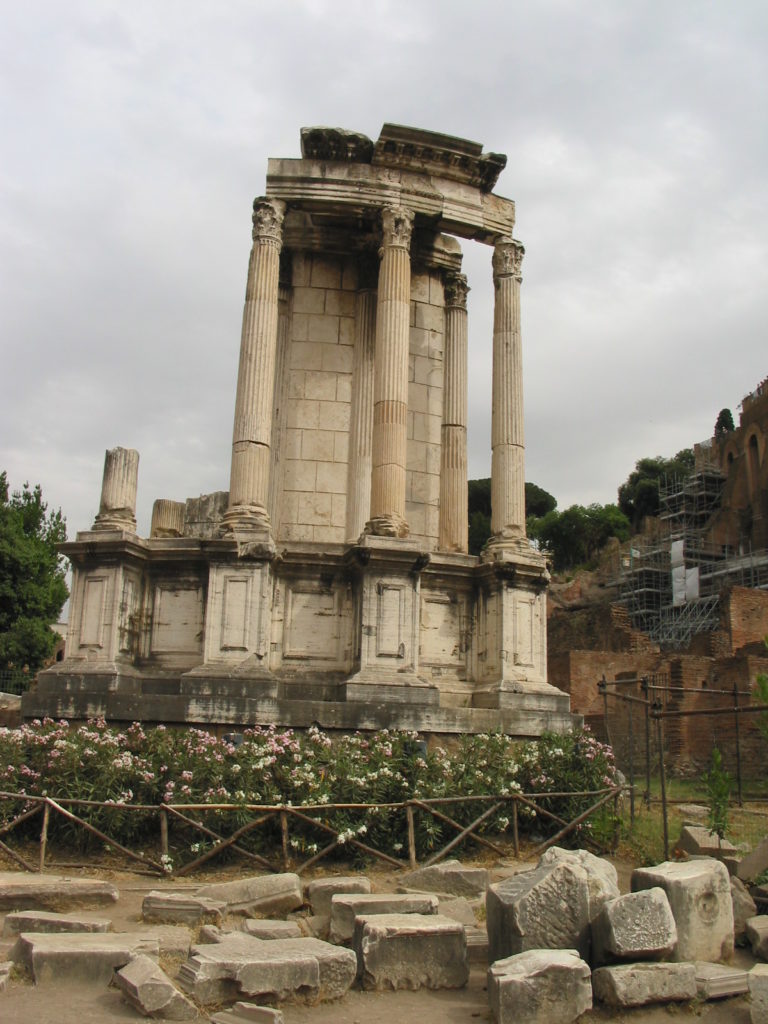 The temple of Vesta was open to anyone, male or female, during the day, but no man was allowed in during the hours of darkness. It was part of the Virgins’ duties to ensure that this rule was not broken.

Being a Vestal Virgin was a highly honoured status, and Virgins lived well at the city’s expense. However, the punishment for breaking the vow of chastity was extremely harsh, namely death.

Should a Vestal Virgin be condemned to death for a major offence, which included letting the flame go out, they would be carried in a funeral procession while still alive, dressed in funeral clothes, with their nearest and dearest weeping and wailing alongside them. They would then be walled up in an underground cell where they would die of suffocation.

The cult of the Vestal Virgins was respected right though the periods of Rome’s Monarchy, Republic and Empire, only being suppressed in the year 394 AD when the Christian emperor Theodosius I ordered the sacred flame to be extinguished. The story goes that his niece Serena entered the Temple of Vesta and took a necklace from the statue of the goddess, placing it around her own neck. The last of the Vestal Virgins then cursed Serena who suffered terrible nightmares for the rest of her life.