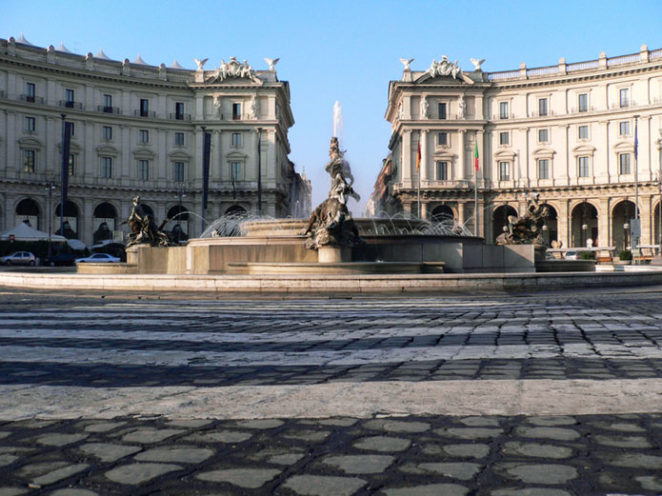 “A Tale of Two Cities”, “Zip-a-Dee-Doo-Dah”, and “Fiddler on the Roof” became three people sitting outside a coffee shop in Rome. “A Tale of Two Cities” felt out of place and would have preferred Paris or London but “Zip-a-Dee-Doo-Dah”, being optimistic, loved the view out over Piazza della Repubblica, and “Fiddler” enjoyed singing anywhere and actually thought Italy a fine place to open lungs and warble. “It’s the country of opera,” he informed his two “working” partners.  “A Tale of Two Cities” was struggling with revolution so after a few minutes he said that “Zip-a-Dee” should be serious and as for “Fiddler” it was time to reconsider the distribution of wealth because being a rich man was not the answer.

In the distance they saw some strange figures approaching their table – their creators. It came as quite a shock. Although they had been fairly noisy up until then, as soon as the real McCoy artistes took a seat, the atmosphere changed, a quarrel broke out, nobody saw an end in sight, and “incompatibility” was the shouted word…but not even “Incompatibility” was OK so a separation was proposed. “Fiddler”, “Zip-a-Dee” and their parents went one way and “A Tale of Two Cities” with its aged, bearded dad went another. Personification was deconstructed and peace returned at last to the Eternal City which had seen better travellers drinking its one-euro cappuccios!